West Indies Test players Kirk Edwards and Kemar Roach have been left out of a Barbados 23-man provisional squad for the 2013 Caribbean Twenty20 tournament in Trinidad and Tobago and St. Lucia in January. 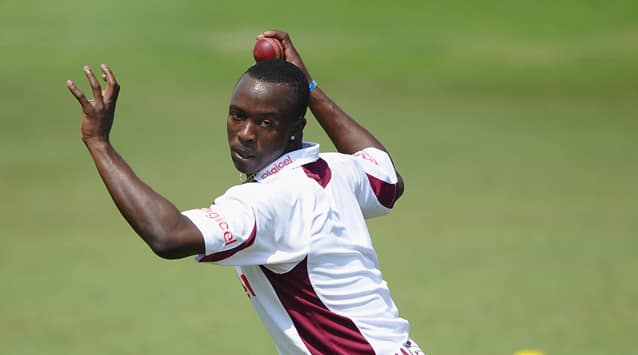 West Indies Test players Kirk Edwards and Kemar Roach have been left out of a Barbados 23-man provisional squad for the 2013 Caribbean Twenty20 tournament in Trinidad and Tobago and St. Lucia in January.

Edwards, a top order batsman who captained the island in the regional T20 and four-day championships this year, as well as fast bowler Roach are in the West Indies 15-man squad for next month’s tour to Bangladesh which includes two Tests, five One-Day Internationals and one T20 International.

“Kirk was the Barbados T20 captain last season and there is no reason why he or other players could not be part of the training squad, eventually bearing in mind that the Sagicor General T20 begins this weekend,” chief selector Henderson Wallace told a Press conference at Kensington Oval.

“But he is not part of our initial plans at the moment. This provisional squad is being used to identify specific roles in T20 cricket. We are looking at the season overall and how to manage our resources in the three formats (T20, Super 50 and four-day).

“We have three current West Indies fast bowlers in Kemar Roach, Fidel Edwards and Tino Best, and we are looking to share the duties over the three formats. In the case of Kemar, he, like Kirk, could be considered for selection for the T20,” Wallace said.

“Also bear in mind that some decisions will be based in consultation with the West Indies Head coach Ottis Gibson,” he added.

Best is also in the West Indies team to tour Bangladesh.

Barbados lost to champions Trinidad and Tobago in the semi-finals of the 2011 Caribbean T20 tournament at Kensington Oval.