Kenya cricket captain Collins Obuya has been slapped with a two-match ban for assaulting his teammate Irfan Karim. 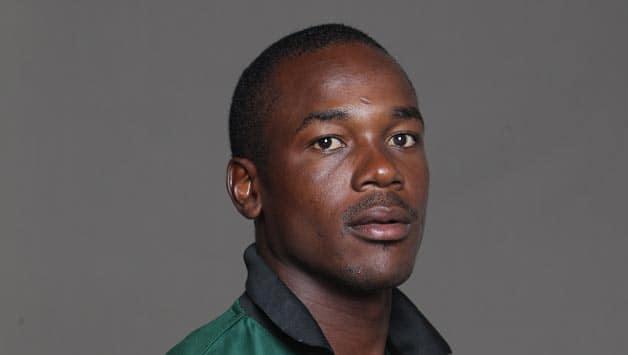 Collins Obuya has been banned for two matches © Getty Images

Kenya cricket captain Collins Obuya has been slapped with a two-match ban for assaulting his teammate Irfan Karim.

Obuya received the interdiction after the Cricket Kenya Disciplinary Board found him guilty for slapping teammate Karim on the last day of the seven-match series in Colombo, Sri Lanka last Saturday.

Karim, who is the Kenyan team wicketkeeper, received a one-match ban for indiscipline. The two appeared before the Cricket Kenya Disciplinary Committee on Friday for a hearing of their case and subsequent determination, reports Xinhua.

Trouble between the two is said to have started when they differed on the pitch and after the rain stopped the match, the captain confronted Karim demanding to know why the latter had swung at him after the captain had issued a directive to him.

Karim, the Committee heard, is said to have dared Obuya to do whatever he pleased and that is when the captain’s hand made an apparent contact with Karim’s face.

Kenya’s Zimbabwean coach Robin Brown then sat the two down and demanded they reconcile.

Obuya apparently apologised for the incident but Karim, the son of former Kenyan national team captain and a veteran of three World Cups, refused to do so saying he felt he had done nothing wrong.

“The Board’s Decision is an affront to justice. This was an incident of assault and the punishment is stated in the rules of the International Cricket Council (ICC),” Karim told Xinhua soon after receiving the news of the ban.

The ban will apply to international matches meaning Karim will miss one of the two warm-up games before playing official games whereas Obuya will miss both warm-up games.

The incident is the latest case of indiscipline involving players. Last month Kenyan international Tanmay Mishra was dropped from the team hours before departure for Sharjah in the United Arab Emirates for the ICC International Cup and World Cricket League matches against Afghanistan.

He was left out apparently following disagreement with the coaches.