Kenya, which is currently placed fifth with six points, lost its last match against leaders Papua New Guinea in Port Moresby in June.

Nairobi: Kenya is set to play its first international cricket at home in four years against Hong Kong in a World Cricket League qualifier in Nairobi in November. The 50-overs Nov 18-20 match at Nairobi Gymmkana club ground will be the first since a series of attacks blamed on terrorists hit the capital in 2012 following the country’s decision to send troops to Somalia to battle the Shabaab militant group. “Through joint efforts of the Kenyan government, the International Cricket Council (ICC) was impressed with the assurance from the government and the local cricket body that it will be safe to host a world class event,” Cricket Kenya said in a statement.

“The hosting of top flight cricket matches in Kenya will greatly contribute to the development of the game in Kenya.” Kenya and Hong Kong have each played six matches in the World Cricket League championships, which also involves Scotland, Namibia, The Netherlands, Papua New Guinea, Nepal and the United Arab Emirates. The top four countries will qualify to play in the 2019 World Cup in England and Wales. Kenya, which is currently placed fifth with six points, lost its last match against leaders Papua New Guinea in Port Moresby in June and will need to beat Hong Kong to boost its chances of returning to the World Cup, in which it last featured in 2011. Kenya will play Nepal after Hong Kong in the series. 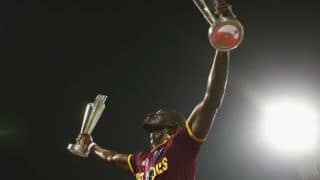 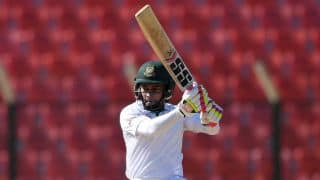 Bangladesh vs England: Mushfiqur Rahim urges hosts to move on from disappointment of 1st Test