Efforts will be made to bring IPL matches to Kerala if government allows total waiver of entertainment tax.

Efforts will be made to bring IPL matches to Kerala if government allows total waiver of entertainment tax, Kerala Cricket Association President T C Mathew said today.”If there is full waiver of entertainment tax from next year, IPL matches can be brought to Kerala”, Mathew, who is also the National Cricket Academy Chairman, told a meet-the-press programme organised by the Ernakulam Press club.

If the government gives land in Kochi or nearby areas for constructing an international cricket stadium, the association was prepared to hand over the Eda Kochi land to the government, he said. The stadium construction at Eda Kochi has been held up due to environment concerns raised by the environmentalists.

Pointing that the success of the Indian Premier League was not achieved on a day, he said it was due to the hard work and good execution of BCCI that helped IPL to achieve the popularity it presently enjoys. 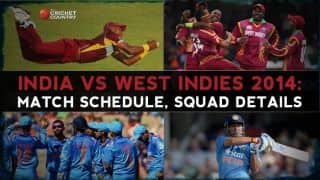 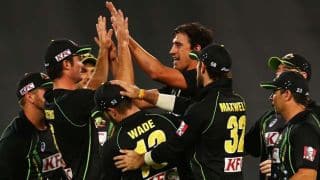 Live Streaming: Pakistan vs Australia, Only T20I at Dubai