"There's no jealousy here. That's the fact," he said of life with the Stars.

Former England captain Kevin Pietersen has once again criticised his former international colleagues, suggesting he was the victim of professional jealousy.

Pietersen was sacked almost a year ago, but has been on hand with regular barbs ever since a confidentiality agreement between the two parties expired, reports dailymail.co.uk.

His explosive autobiography included many unhappy reflections on his international career, not to mention claims of a bullying dressing room culture.

Pietersen supposedly covets an unlikely Three Lions recall but in an interview with Australian media to preview Saturday’s Big Bash League (BBL) derby between his Melbourne Stars and city rivals Melbourne Renegades, he again used the chance to settle scores with his former teammates.

He claimed his lucrative Indian Premier League (IPL) contract caused resentment and he prefers playing in the BBL, where many players participate in franchise cricket in other countries.

“There’s no jealousy here. That’s the fact,” he said of life with the Stars.

“None of these guys are jealous of anything. We’re just good guys, hanging out and playing cricket. All these guys play in franchises around the world, they’ve all benefited from the IPL,” the 34-year-old added.

“The England lads: too much jealousy. I was the only one profiting – very, very well – out of India, and in an auction, if you don’t get picked up, it’s pretty demoralising.” 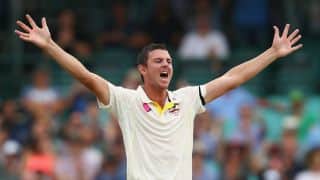