A document, alleged to be the property of the ECB, was leaked on internet.

The recent war between Kevin Pietersen and England and Wales cricket board (ECB), regarding the former England captain’s controversial Autobiography, took a new turn when a document alleged to be belonging to the ECB was leaked on internet by a website.

Later ECB claimed that the document was tempered and it was only just a part of the original dossier being prepared by their lawyers. Many former cricketers like Michael Vaughan, Shane Warne found the lighter side of this whole saga and mocked about it in social media.

Never read as much Bollocks in all my time as this Dossier on @KP24 ..http://t.co/JlJrKhfteJ. It really has reached a peak now…

Never laughed so much… England are 4-0 down In the Ashes and it’s because of @piersmorgan tweets….#FFS http://t.co/JlJrKhfteJ

If this “dossier” is all the ECB have, anyone who briefed that Pietersen was sacked for documented crimes in Aus now has a case to answer.

The document published by ESPNcricinfo is not what has been suggested. It is simply part of a privileged legal document produced by… 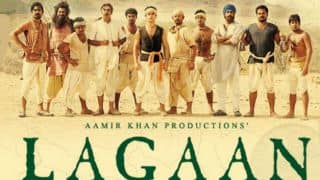