Pietersen expressed that kids have not got any interest in Test cricket nowadays.

London: Sacked England batsman Kevin Pietersen has expressed his fears for Test cricket, saying that kids have not got any interest in the long format of the game nowadays.

Pietersen is preparing for his biggest Twenty20 match of the winter so far as the top run scorer of Australian First-Class cricket team, the Melbourne Stars. He is a crowd-pleaser when it comes to T20 cricket, switch-hitting and swatting sixes for the entertainment of the huge crowds that are turning out in Australia for the Big Bash League matches.

It is down to the likes of Pietersen that so many kids are flocking to the games, but they don’t want to know the longest and purest form of the game, and this leaves the former England batsman in fear for the long format of the game, the Mirror reported.

Pietersen said that he is starting to worry about Test cricket, adding that the last couple of months has been the first time he has started to worry.

He said that the kids have got no interest in Test cricket, claiming that one should look at how they are filling these stadiums. He insisted that they are all kids and one speaks to them at the end when they are signing autographs and when they ask the kids if they would come to a Test match they say no.

Pietersen claimed that none of the kids want to block, adding that they want to switch-hit, they want to hit over extra cover, they want to slog a six first ball, insisting that it’s sad, but that is the way of the world. 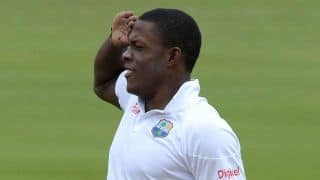 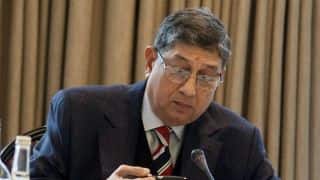 ICC to discuss code of conduct at Cricket World Cup 2015