Pietersen wrote that Swann was respected by India, and his absence would boost them.

Kevin Pietersen, former England batsman, wrote that the major difference between England and India this time around will be the absence of Graeme Swann in the line-up for the Englishmen. He went on to say that the off-spinner, who retired during the 2013 Ashes in Australia, was greatly respected by the Indian batsmen.

In his column in The Telegraph, Pietersen wrote, “The other major difference this time around is the loss of Graeme Swann. I wrote in my first column that the biggest issue facing the England team was the absence of Swann. Alastair Cook struggles to captain the side when opposition batters become established because he cannot toss the ball to Swann, who could defend and attack in equal measure.”

The South African-born cricketer went on to write about how Swann had the ability to make captains seem better than they actually were. “Swann made Andrew Strauss’s captaincy look good and he made Cook’s look good, too, by making crucial breakthroughs when the opposition were threatening to take the game away. It was down to Swann’s genius, and not tactical masterstrokes.”

Finally, Pietersen wrote, “The Indians respect Swann hugely, they think he is a fantastic bowler and I know they are licking their lips about facing any other English spinner who bowls to them.” 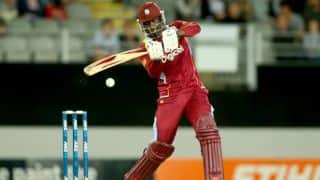