Surrey coach, Ford has been a mentor to Pietersen since his younger days.

Kevin Pietersen said on Wednesday he was looking forward to sharing the benefits of his experience with international stars of the future now his own England career had been terminated.

“I won’t be forceful in my knowledge. But I’ve got experience in training, the mental preparation that goes in to making you successful — which I’ve nailed well.

“So it’s a case of handing over that knowledge, if someone wants it.”

The 33-year-old batsman was sensationally axed by the England and Wales Cricket Board (ECB) in February following the team’s 5-0 Ashes thrashing in Australia.

That was despite South Africa-born Pietersen being England’s leading run-scorer across all formats and their top contributor with the bat during the Ashes debacle too.

Although he has re-signed with Surrey to play in all formats for the Oval-based county, Pietersen’s immediate future is as a Twenty20 (T20)  ‘gun for hire’, initially with the Delhi Daredevils (DD) in the Indian Premier League (IPL).

Pietersen also plans to take part in both English domestic T20 with Surrey and the Caribbean Premier League (CPL) equivalent for an as yet to be decided franchise, even though the two tournaments overlap.

Speaking ahead of the start of the English county season, Pietersen also said he was delighted to be back at The Oval — where he scored his maiden Test hundred in 2005 — and working with new Surrey coach Graham Ford, who has known him since he was a youngster in South Africa.

“I love hitting with Fordy. He is my mentor and he’s an absolute superstar,” Pietersen said. “He gets me and understands my game, so it’s not the worst point to start from.

“Coming back here excites me. Hitting balls again gives me a big buzz. I always love playing at the Oval. I love playing for Surrey. It’s special.”

Although ICC World T20 2010 winner Pietersen hadn’t planned his lack of cricket after the Ashes — he wasn’t chosen for England’s mediocre campaign in this year’s edition which culminated with an humiliating thrashing by the Netherlands in Chittagong on Monday — he said the unexpected rest had done him good.

“I’ve just had the longest break I’ve had since starting to play for England in 2004,” he said. “It has happened for other reasons, but personally it was a fantastic break.”

England have remained tight-lipped about exactly why they ditched Pietersen, amid suggestions that legal reasons have prevented them detailing the reasons behind their controversial decision.

There have been reports Pietersen has been considered a bad dressing room influence — something which Surrey cricket director Alec Stewart, the former England captain, has repeatedly insisted hasn’t been a problem as far as the county are concerned.

England captain Alastair Cook insisted Tuesday the decision to ditch Pietersen was a “brave call which took guts and consideration”.

“You do have to say at some point, ‘This is the way we’re going to do it moving forward’, Cook said.

Although he didn’t divulge a specific reason, opening batsman Cook also hinted at an explanation for England’s drastic action by saying: “We all know how important team culture and team unity is.”

He added: “I know things will become clearer in a little bit of time.

“I know it is frustrating. It is frustrating for me, because I have not totally been able to tell my side of the story. People just have to be a little bit patient.” 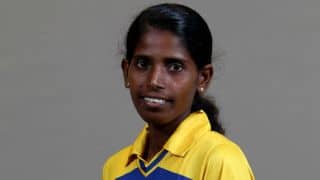