Kevin Pietersen has insisted he was happy to have paved the way for current England stars to play in Twenty20 franchise cricket.

Londres: Kevin Pietersen believes it was a “poor decision” by England to drop Jason Roy during the Champions Trophy, a tournament he believes the hosts “should have won” in their own conditions. Before the one-day competition got underway, struggling opening batsman Roy was given unequivocal backing by England captain Eoin Morgan, who said he would “definitely” stay in the side for the whole tournament. But after managing just 51 runs in eight ODI innings so far this season, Roy was dropped for England’s semi-final against Pakistan and replaced at the top of the order by Jonny Bairstow. Pietersen: Root only man to take England forward

Test wicket-keeper Bairstow made 43 but England, previously unbeaten in the eight-team tournament, collapsed to 211 all out in a match eventual champions Pakistan won by a commanding eight wickets in Cardiff. “Everybody struggles, it’s a learning curve,” said former England captain Pietersen, who has played alongside Roy at county side Surrey, at the launch of the South African Global League Twenty20 tournament in London on Monday. Pietersen, one of the outstanding batsmen of his generation, added: “Everybody struggles, it’s a learning curve. He’s a youngster, he’s not going to nail his whole career. You go through ups and downs, he’s a kid. What he’ll learn to deal with is how quickly to get himself out of this bit of bad form. Is he a bad player? No. He’s a wonderful player He shouldn’t have been dropped. That was a poor decision.

“I think they should just have given him a run for the rest of the tournament. I’m not saying they would have won that game but they should have just stuck with it. They were scoring 300 regularly and then you drop a player and you get what you get. It’s not probably because of him getting dropped, because I think Jonny Bairstow batted ok. I wouldn’t have done it, but I’m not the coach or the captain.” Michael Vaughan feels Kevin Pietersen was right about IPL

The 26-year-old Roy, like Pietersen born in South Africa, returned to form with 92 from 81 balls in Surrey’s One-Day Cup semi-final victory over Worcestershire last week. He could return to international duty on Wednesday when England face the Proteas in the opening match of a Twenty20 series at Southampton. Sri Lanka great Kumar Sangakkara, who has been playing alongside Roy at Surrey this season, also said it was just a matter of time before he came good for England again.

“I don’t think Jason was ever out of form,” Sangakkara told ESPNcricinfo during a Chance to Shine cricket charity event in London on Tuesday. “I would have loved to have seen him play against Pakistan because I think he was one innings, or a bit of luck, away from doing that for England.” Former Sri Lanka captain Sangakkara, who has himself been in brilliant form this season for Surrey, with a run of high scores including five hundreds in successive first-class innings, added: “But Jason’s energy, his fielding, his ability to change games at the top, he’s a fantastic asset. Pietersen aiming to bring in modern day thought process as commentator

“I think he just needed a little bit of focusing and advice about how to structure his innings in the Champions Trophy. [At Worcester] he came back, took a deep breath, trusted what he knew and batted absolutely beautifully.” England’s only major limited overs tournament triumph of any kind came when Pietersen was a key member of the side that won the 2010 World Twenty20 in the Caribbean.

Hopes were high, however, that a team featuring Morgan, all-rounder Ben Stokes and fast bowler Mark Wood could lift the Champions Trophy and so end a 42-year wait for a comparable one-day international success. “England are a wonderful young team,” said Pietersen. “I know that India and Pakistan won’t like it, but in strength in depth in English conditions, England should have won it. With the fire-power they have got and they players they have got, they should have won this tournament.” 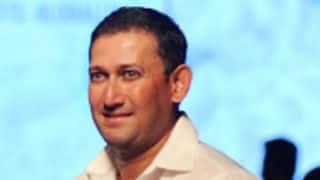 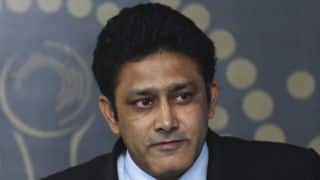