Former England captain believes Kohli is head and shoulders above the rest when it comes to the limited-over formats.

Former England captain Kevin Pietersen heaped rich praise on Virat Kohli, calling him the greatest modern-day batsman and reckoned that the India captain is way ahead of his contemporaries Steve Smith, Kane Williamson, and Joe Root. Pietersen also made a strong statement about the Kohli vs Smith debate which has long been a favoured topic of every cricket fanatic. In a freewheeling chat with ex-Zimbabwe cricketer and commentator Pommie Mbangwa, Pietersen, without even batting an eyelid, picked Kohli over Smith, even going on to say that the former Australia skipper ‘doesn’t even come close’ to the Indian superstar.

The 39-year-old swashbuckling batsman Pietersen continued to express his admiration for Kohli, saying his propensity to pull off run-chases put him a notch above legendary Sachin Tendulkar as well. “Kohli is a freakshow, his record chasing winning games for India with the amount of pressure he lives under, Smith does not even come close to him,” Pietersen said.

Mbangwa took it a step further and prodded the England batting star again by asking him to choose between Tendulkar and Kohli. Responding to the query, the South Africa-born cricketer said: “Again Virat because of his chasing numbers. His chasing numbers are frightening. He averages 80 in chases, all his one-day hundreds come when chasing. He consistently wins games of cricket for India. He just keeps on turning the numbers, chasing, chasing, chasing.”

In the shortest format, Kohli has played 82 matches in which he has scored 2794 runs. 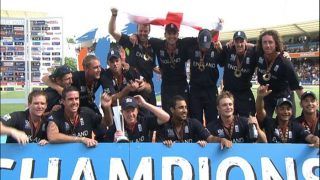 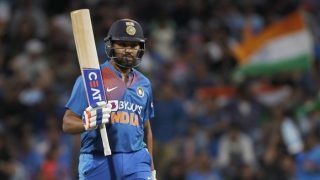 Bangladesh is The Only Place Where we Don't Get Any Support: Rohit Sharma