Pietersen revealed that he still did not understand why he was effectively sacked.

Ousted England batsman Kevin Pietersen has said that he realised that South Africa was his first and real home, as he hit out at the horrendous bullying of some his former teammates and accused ex-coach Andy Flower of ruling by fear.

Despite being England’s all-time leading run-scorer across all formats, the South Africa-born batsman was sensationally axed after the team’s 5-0 Ashes thrashing in Australia in 2013-14, which was then followed by several convoluted explanations by the England and Wales Cricket Board (ECB) as to why the former captain had been discarded.

While promoting an autobiography due to be published on Thursday, Pietersen revealed that he still did not understand why he was effectively sacked. He added that Alastair Cook had been put in an incredibly difficult position by the ECB, following his banishment from the team, The Dawn reported.

Pietersen said that he would love to know why he was sacked, adding that the thing that horrified him was when Flower and Andrew Strauss said that guys they have got to stop this as it is not right for the team and also that there are guys that have come to them that are intimidated to field the ball.

The former England batsman added that the bowlers had the audacity to stand there and say that if the batsmen and fielders have fucked up they deserve an apology.

Pietersen said that the double standard for him was the bigger thing, adding that if one of the bowlers messed up, if James Anderson or Graeme Swann messed up, nothing was ever said and Prior left them alone.

However, he added that Prior never left alone batsmen Nick Compton or Ravi Bopara or Jonathan Trott.

Pietersen said that he went after Prior and said that Prior shouldn’t be in that side because he’s a bad influence, a negative influence and he picks on players. He added that Prior is back-stabbing, horrendous and bad for the environment.

The former England batsman said that he realised too that South Africa was his first home and real home. 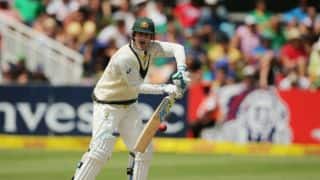