The 32- year-old aggressive batsmen has been out of the England cricket setup due to disciplinary issues.

Former England cricketer Kevin Pietersen has revealed a huge world map tattoo which signifies the places where he has scored centuries.

According to a report in dailymail.co.uk, Pietersen’s tattoo has red stars signifying the venues where he has hit Test or ODI centuries. Overall, Pietersen has got 23 Test centuries and One-Day International tons in his career for England. He also posted an instagram post showcasing his new tattoo.

#tattoo #globalcitizen #stars It isn’t the wrong way around. It’s just the reflection!

The 32- year-old aggressive batsmen has been out of the England cricket setup due to disciplinary issues. Pietersen has also been in news earlier due to his love for tattoos. He had earlier sported the tattoo of Three Lions the symbol of English cricket on his arm. 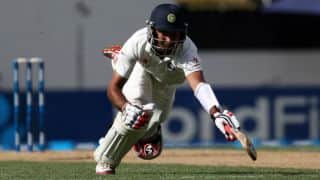 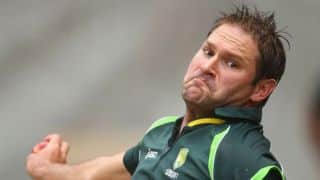