Kevin Pietersen said he was facing rehab work on his knee problem for the rest of his career after becoming England's leading run scorer across all international formats on Saturday. 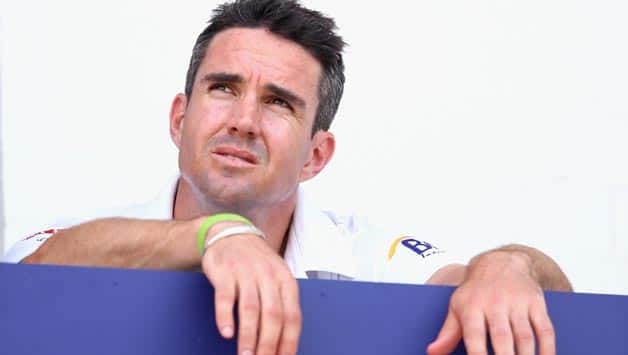 Kevin Pietersen said he had contemplated an operation, which would have ruled him out of action for a longer duration © Getty Images

Kevin Pietersen said he was facing rehab work on his knee problem for the rest of his career after becoming England‘s leading run scorer across all international formats on Saturday.

The 33-year-old South Africa-born batsman made 113 as England ended the third day of the third Ashes Test at Old Trafford on 294 for seven, only 34 runs shy of avoiding the follow-on but still 233 runs adrift of  Australia‘s first innings 527 for seven declared.

But this has been a largely frustrating year for Pietersen, sidelined for several months after returning home early from England’s tour of New Zealand in March with a knee injury.

Then a calf problem he suffered during England’s mammoth 347-run second Test win over Australia at Lord’s last month left Pietersen doubtful for this match.

Pietersen said he’d contemplated an operation but that it would have meant yet more time out of action.

“If I’d had surgery I’d have been out for nine months. [It was] a big decision,” Pietersen said. “I think I’ll be in rehab for the rest of my career unfortunately.”

Ashes-holders England may be 2-0 with three to play but this match has seen them under sustained pressure for the first time this series.

But thanks to former captain Pietersen’s innings they are not yet out of this Test where a draw will be good enough for England to retain the Ashes.

Asked how he felt about surpassing the mark of fellow ex-England skipper Gooch, Pietersen replied: “I didn’t know, so it feels good.

“Personal achievements are fantastic. I’ve just got to wait for that to sink in — it’s quite interesting. It’s something nice.”

Asked if he faced surgery ahead of the return Ashes series in Australia later this year, Pietersen answered: “Not if I keep being as professional as I’ve been over the last three-and-a-half months. Everybody wants to play in the Ashes. Name me someone who plays cricket who doesn’t want to play in the Ashes?”

It was also his fourth Test ton against Australia, with his average against England’s arch-rivals standing at 50.72 compared to a career mark of 48.71.

“It’s Ashes cricket, I suppose,” said Pietersen. “It’s the big stage. I like performing on a big stage when the team needs me. I like to try and stand up to be counted and I think as an English player or an Australian player your career is defined by how you play in Ashes cricket.”

His more than five-hour innings ended when he was lbw to left-arm fast bowler Mitchell Starc, a decision he reviewed.

Although the Decision Review System (DRS), whose technology and its application have been sources of controversy throughout this series, indicated the tiniest of contacts between bat and ball, Pietersen’s dismissal was upheld by third umpire Kumar Dharmasena.

However, Pietersen said: “It is what it is. I’m out. It doesn’t matter. I’m not getting involved in DRS.”