Pietersen to become the highest paid player when he signs a contract with Melbourne Stars.

Sacked England batsman Kevin Pietersen is reportedly set to become the highest paid player in the Big Bash League (BBL) when he signs a contract with the BBL team Melbourne Stars later this month.

The South African born ‘gun-for-hire’ will receive a 200,000-dollar package from the Stars and Cricket Australia (CA) for his six-week stint from late December, which is likely to be further supplemented by tournament broadcaster Channel Ten.

According to News.com.au, Pietersen, who hopes to earn more through separate promotional appearances and endorsements, is the only other player to be offered a Big Bash marketing contract after Australian spin legend Shane Warne, which will enable CA to use him as a major promotional tool for the league.

However, Stars chief executive Clint Cooper claimed no deal had been done with Pietersen as they are in the ‘throes of an embargo period’, although he admitted that they had ‘good, robust’ discussions with Pietersen’s management.

Pietersen is due to return to England after the current Indian Premier League (IPL) tournament for Surrey and he has also signed a deal to play for St Lucia in the Caribbean Premier League, the report added. 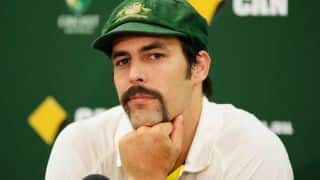