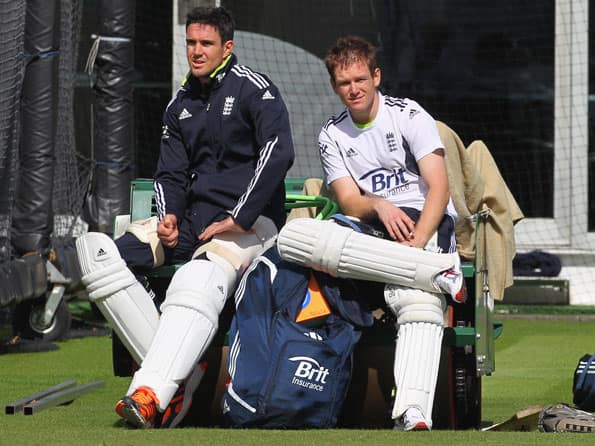 Pietersen has been cast into exile by England after the controversial batsman infuriated captain Andrew Strauss and coach Andy Flower by sending text messages containing criticism of the duo to South Africa players.

The 32-year-old is also reported to have made England newboy James Taylor feel unwelcome when he joined up with the squad, prompting an unnamed senior player to become embroiled in a row with Pietersen.

The England and Wales Cricket Board (ECB) remain tight-lipped about the prospect of Pietersen, who was dropped from the Test squad due to what Flower described as issues of “trust and mutual respect”, returning to the fold any time soon.

While Morgan wasn’t involved in Test series, the Irishman has been drafted in for the limited overs clashes with South Africa and after assessing the mood in the camp, he believes it is vital that distractions like the Pietersen saga are quashed quickly to avoid bad feeling spreading through the squad.

Speaking ahead of Tuesday’s second one-day international in Southampton, Morgan said: “I think Kevin is a world-class cricketer and any team around the world would want him in their side, but there are issues surrounding him at the moment and it will take time to resolve them.

“Personally I didn’t find him difficult but I’ve not been around the Test team a lot.

“I think that it is hugely important (to get the situation resolved) because the amount of time we spend together is huge. We spend more time together than with our families, particularly on tour.

“It is a huge factor and it has been for the all the successful years we’ve had as the England cricket team.”

England’s one-day side have already had experience of coping without South Africa-born Pietersen, winning all six completed matches since his surprise retirement from limited-overs cricket earlier this year.

And Morgan, a senior figure in the white-ball side, has been impressed by England’s strength in depth since Pietersen’s exit.

“I think we’ve played fantastic cricket,” he said. “The guys who have come in and replaced him have done particularly well. Whoever has stepped up has done really, really well.

“That’s been important to the winning run we’ve had, particularly against a top side like Australia.

“We’ve built some great blocks towards where we want to be in our progress as a one-day side. I think we have a lot of match-winners.”

Despite his confidence, Morgan expects to be pushed all the way by the Proteas in the next four matches after the first match in Cardiff was washed out by heavy rain.

“We’ve been exceptional on our own turf for the last year and a half but there’ll be a lot of hard work in this series because because South Africa are a huge challenge,” he said.

“But South Africa are a very formidable side too and a very successful side in the last five or six years.” (AFP)

BCCI gets fresh show cause notice over IPL 2 contracts