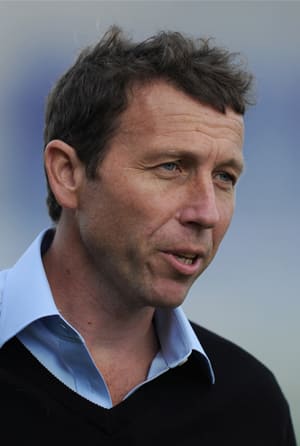 Atherton said, “This has been a remarkable few days, and Pietersen’s axing will go down in the annals of famous non-selections, such as Ken Barrington, disciplined for slow scoring after hitting a hundred in a Test in 1965.”

Atherton regretted that Pietersen s axing came just a week after the batsman played one of the greatest innings for England.

He wrote in a column for Fox Sports, “The omission of the best player in the team, who only a week ago played one of the greatest Test innings seen in recent times by an England batsman, demonstrates just how far the relationship and trust between Pietersen and the rest of the England team and the management has broken down.”

Atherton feels the sacking of Pietersen after the text message row proved to be the straw that broke the camel s back.

He wrote, “Not for the first time, Pietersen’s view of the world was at serious odds with others who inhabit his orbit, as James Anderson’s own carefully worded column in a Sunday newspaper suggested.

“Anderson’s view was that the selectors had to do what was good for the team, and you didn’t need to read between the lines to know what he meant.”

He continued, “The final straw, at least for the selectors, was the text messages that Pietersen is supposed to have sent to some of the South African team during the Headingley Test.

“Hugh Morris, the managing director of England Cricket, said that there were a number of outstanding issues to be resolved before Pietersen could return to the fold, and they gave him six extra hours on Sunday to confirm that no derogatory texts had been sent. No confirmation from Pietersen was forthcoming.”

Atherton welcomed Pietersen s reaction to him being dropped from the squad for the final Test but wondered whether the probability of a “permanent divorce” between English cricket and Pietersen will be beneficial in the long run.

“What now for a man who remains available for all forms of the game after his abrupt U-turn? Much depends on how he reacts to this slap-down,” wrote Atherton.”His immediate response was mature, reiterating his desire to play in all forms of the game and wishing England good luck. Much of what Pietersen does is calculating but not always well calculated. This time his response, designed not to alienate himself any farther from his colleagues, was sensible.”

He continued,” Pietersen thought he was bullet-proof; Flower and Strauss have sent a message that no one is.

“But there is too much at stake for him and for England for this to be a permanent divorce.”