Watson said the tension inside the England team had not been obvious on the field.

Terming the retirement of Kevin Pietersen as a loss to international cricket, ace Australian all-rounder Shane Watson said that the England and Wales Cricket Board (ECB) should have handled the former captain’s issue differently.

“I love watching him bat. My personal opinion is that England cricket had to work it out to make sure that they had the environment to be able to include everyone. For me, just the most disappointing thing is the fans of world cricket won’t be seeing Kevin Pietersen playing international cricket again. That’s a really sad thing,” Watson was quoted as saying by Sydney Morning Herald.

Watson said the tension inside the England team had not been obvious on the field during the rout of the tourists last summer.

“There always seemed to be a few little things that were bubbling along in their team anyway, but that was even during the times when they were dominating as well,” Watson said.

“What I take out of his book is how important having really strong leaders is and how those leaders are able to really complement each other as well. What Michael Clarke and Darren Lehmann have been able to do to move the ship in the right direction has been brilliant. Their personalities complement each other very well and that for me has been a huge learning curve for not just cricket but for my life after cricket as well,” the 33-year-old concluded. 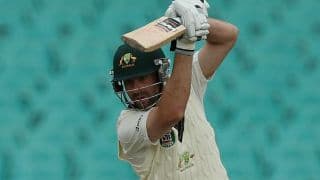