Kevin Pietersen was one of the best cricketers to have played the game for England. Pietersen was one of the few England batters who could play in any format of the game. His numbers in international cricket speak the volume of his caliber. The South Africa born English cricketer played 104 Tests, scoring 8181 runs at an average of 47.3. In ODIs, he has 4440 runs in 136 games at an average of 40.7 and a strike rate of 86.6. He also went on to play 37 T20Is, scoring 1176 runs at an average and strike rate of 37.9 and 141.5 respectively.

After drawing curtains on a stellar career, Pietersen picked up the microphone and became a commentator. He was even part of the recently concluded IPL 2022 as a commentator and the fans loved his presence in the commentary box.

Meanwhile, Pietersen recently shared the video of his son Dylan batting in the nets and captioned the post, “Like father, like son #Flamingo”. The video immediately went viral and set the social media platform Instagram ablaze. The fans were in awe of the similarities between Kevin Pietersen and his son. However, what caught the attention of the fans was the reaction of former India cricketer Yuvraj Singh.

“Wow! Same style.” wrote Yuvraj while replying to the video.

Pietersen then posted another video of his son batting but with a different caption. “Definitely NOT like father, like son! Dylan has a way better high elbow than I ever did,” wrote KP.

This time he got a response from Indian Bollywood Star Sunil Shetty. The actor was amazed by the skills of junior Pietersen and wrote, “He is goooooooood.”

Pietersen recently was in the news after he urged ECB to consider reducing the number of County teams to improve the quality of England cricket.

First Class Counties team beat NZ this last weekend. Combining the countries talent into less 4-day teams will only improve the players and that’s what I see from that result. Let the best play with & against the best in a 4 day comp! ?

England has been going through a rough phase in Test cricket. They have lost series to India, New Zealand, Australia and West Indies since 2021. The problem for England has been the lack of temperamentally and technically sound batters. The likes of Jonny Bairstow, Jos Buttler, and Dawid Malan have done well in limited-overs cricket but have failed to carry on that form in Tests. Players like Rory Burns and Haseeb Hameed are County stars but England is still searching for that match-winning performance from them. 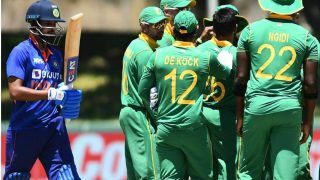