Rangpur Riders went on top of the table with this win.

Rangpur Riders defeated Khulna Titans comfortably by 7 wickets in the match 23 of the ongoing Bangladesh Premier League 2016-17. The Riders chased down the total of 126 in 19 overs and their chase was anchored by Mohammad Mithun who scored 49 runs from 41 deliveries. Riders skipper Shahid Afridi played a handful knock towards the end as he scored 26 runs off 20 balls laced with 2 boundaries and 2 six, which eased out the pressure in the death overs of the second innings. Batting first the Khulna Titans were restricted to the total of 125 in 20 overs thanks to Arafat Sunny s brilliant bowling as he finished with the figures of 2 for 16. Afridi also finished with the figures of 2 for 30 followed with Rubel Hossain s 2 for 19.

It was speculated that the Riders would chase down the total of 126 easily with the kind of batting order they had. But the Riders lost one of their openers Soumya Sarkar early in the second innings who just scored 3 runs from 13 deliveries. Riders had just put 13 runs on the board when they lost their first wicket. Next walked in batsman, Mithun took the responsibility of scoring runs quickly. Mithun and opener Mohammad Shahzad made sure that they kept the scoreboard ticking.

This stringent bowling effort from the Titans bowlers saw some pressure being built on the Riders batsmen, but still, both Shahzad and Mithun went on to put a 74 runs stand for the second wicket which saw their team getting in a comfortable position towards the latter stage of the game. Shahzad tried to up the scoring rate towards the death overs but lost his wicket after a brilliant catch Alok Kapali at long-on. Shahzad departed after scoring 37 runs from 38 balls.

Afridi walked in to bat when his team had put 87 runs on the board with the loss of 2 wickets and needed more 31 runs from 46 balls. He made sure that the pressure was removed from his team with some big shots. It seemed like he would stay until the end, but he was clean bowled by Benny Howell who had earlier given Afridi two chances in one of his over.

The Rangpur Riders now go on top of the table as they have defeated the table toppers Khulna Titans for the second time in BPL 2016-17 as they have accumulated 10 points from 6 matches. 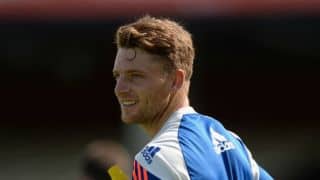 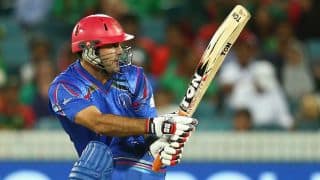