Two of the big sides in the form of Khulna Titans and Rangpur Riders take on each other in Match 1 of the ongoing Bangladesh Premier League (BPL) 2016, at the Shere Bangla National Stadium in Mirpur, Dhaka on Friday, as the live cricket streaming of the match is available on Sony LIV, while the live telecast of the match is available on Sony SIX and Sony SIX HD. The streaming is also available on channelninebd.tv in Bangladesh, while the live telecast is available on Channel Nine in the nation. This is the fourth season of the T20 league, while Comilla Victorians are the defending champions. Bangladesh Premier League (BPL) 2016: Schedule and Time Table

The fourth edition of the Bangladesh Premier League 2016 is all set to kick start on November 4, which will feature seven teams. The tournament will be played over a span of over month with the final being played on December 10. Two new teams will be making its debut this season Khulna Titans and Rajshahi Kings with new ownership after the original franchises missed out the 2015 edition. The tournament is expected to be a thriller and the seven teams to participate in this are Comilla Victorians, Rajshahi Kings, Rangpur Riders, Khulna Titans, Barisal Bulls, Chittagong Vikings, and Dhaka Dynamites.

Bangladesh Premier League (BPL) is all set to start its fourth season of the from 4th of November when Rajshahi Kings will be taking on Comilla Victorians at Dhaka. BPL is a very highly anticipated league in Bangladesh as many budding local talents have emerged for Bangladesh in this tournament. 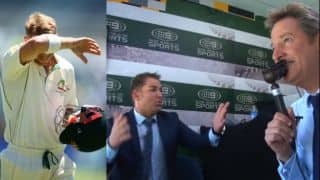