Out of favour West Indies player Kieron Pollard has created a unique world record for himself. Pollard has now played a total of 400 T20 games. Dwayne Bravo with 372 and Chris Gayle with 323 T20 sits at second and third position respectively. Pollard achieved this record playing in the Big Bash League for Adelaide Strikers.

Pollard will be up for grabs in the upcoming IPL player auction scheduled for January 27 and 28. 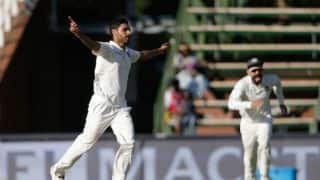