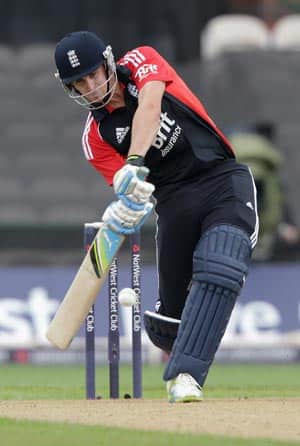 Kieswetter was quoted in The Mirror as saying, “We get along very well. We have opened up together for about four years at Somerset and we have got a good understanding of each other s game.”

“Tres helped me when I was dropped. He is always banging on about the basics and backing myself.”

The wicket-keeper batsman said that the understanding and respect between the two Somerset batsmen has helped the county team immensely.

‘We are able to understand how each other is playing and if one is not playing well we dovetail nicely.

“To be out there contributing to a winning team is what I want to be doing, regardless of whether it is for Somerset or for England.

“Last winter, I got my hunger and my drive to score the runs back and the hard effort I have been putting in has been paying off,” he added.

Kieswetter scored fast-paced 46 and 51 in the the One-Day International (ODI) series so far, and hopes to continue with the good form in the remainder of the series.

“The way we have played shows we have a lot of bottle running through the spine of the team,” he said.

“We are not looking to send any statements or tell India this or that. We are just looking to become more ruthless and that will come with more victories,” added Kieswetter.