Still in with an outside chance of progressing to the play-offs, Kings XI Punjab need to keep their winning juggernaut rolling when they take on a struggling Delhi Daredevils. 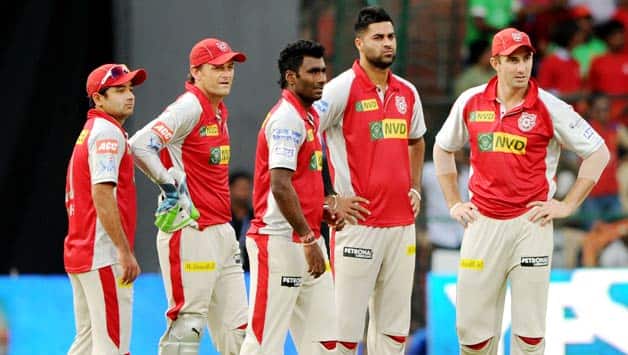 Still in with an outside chance of progressing to the play-offs, Kings XI Punjab need to keep their winning juggernaut rolling when they take on a struggling Delhi Daredevils.

The first three places in the four-team play-offs have been more or less secured by Chennai Super Kings, Mumbai Indians and Rajasthan Royals and there is a four-way race between Royal Challengers Bangalore, Sunrisers Hyderabad, Kings XI and defending champions Kolkata Knight Riders for the last available spot.

Kings XI are presently lying sixth in the nine team competition with 12 points from 14 games. And to brighten their play-off chances, the Punjab outfit need to win both their last two games and hope that RCB and Sunrisers lose their remaining fixtures.

But the good thing for Kings XI is that they will be high on confidence coming into the game at the HPCA stadium, after having annihilated RCB by seven wickets while chasing a challenging 174 for five.

Kings XI would be hoping to put up similar performances in their last two games in order to keep their play-off hopes alive.

Going into Thursday’s game, Kings XI would take heart from the fact its skipper Adam Gilchrist has marked his return to form in style with an unbeaten 85 off just 54 balls against RCB.

Chasing an imposing 175 for win against RCB yesterday, Gilchrist was ably supported by Azhar Mahmood who, coming on to bat the number three position, scored a 41-ball 61.

However, David Miller, who scored a sensational 38-ball 101 against RCB in their first leg encounter, has turned out to be damp squib for Kings XI in the last three games, and the South African would be eager to prove that his century knock was not a fluke.

Barring a couple of individual performances, Kings XI’s batting, which also comprises of players like David Hussey, Shaun Marsh and Mandeep Singh, have failed to click as a unit.

The Daredevils, on the other hand, are already out of contention for a berth in the play-offs and have only pride to play for.

The Daredevils are placed second-last in the points table with as many as 11 defeats from 14 games and have nothing to lose.

Given the current scenario, they can play without any pressure. There is no burden of expectations on the misfiring batsmen and their out-of-sorts bowlers. They now can just go on to play party-poopers.

Delhi’s top order has failed for inexplicable reasons. Neither Virender Sehwag nor captain Mahela Jayawardene have lived up to their reputations. Australian left-hander David Warner is the only one who has done his bit.

Promising players in Unmukt Chand and Ben Rohrer have also failed to make an impression.

As far as their bowling is concerned, they have not been able to fire in unison. The likes of Morne Morkel, Irfan Pathan, Umesh Yadav and Shahbaz Nadeem need to come up with united effort to spoil Kings XI’s party. 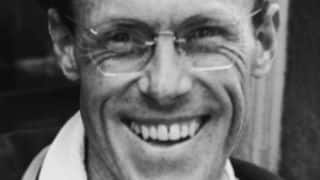 Charles Palmer: The man who managed England before leading, and once took 8 for 0