Bailey has led Kings XI Punjab from the front.

In what is surely expected to be an interesting battle on the cards in the top of the table clash in the 52nd match of the Indian Premier League (IPL) 2014, Kings XI Punjab (KXIP) take on the impressive Rajasthan Royals (RR).

In the previous encounter between the two sides, Rajasthan were blown away by a whirlwind 95 from Glenn Maxwell and the Inaugural IPL winners will be wary of him this time around.  One common factor between both teams coming into the tournament is that after getting off to such impressive starts, they have slightly gone off the boil in recent games.

Australians are expected to play a starring role from both teams as the crème de la crème of the men from down under play in this match. Shane Watson has proved his critics wrong by galvanizing a young side. The young Indians in particular have continued Rajasthan’s legacy of cashing on the opportunities. Ajinkya Rahane has played with the maturity of a veteran and Sanju Samson has raised his game by a few notches. With the Punjab outfit’s less than satisfactory record at home, Rajasthan will be fancying their chances.

After Maxwell and David Miller gave Punjab a dream start, the India-leg of IPL 7 has seen more players standing up and making it count. Skipper George Bailey is finding his feet as a batsman after a quite run of scores, while Akshar Patel’s stunning cameo to defeat Delhi Daredevils (DD) further vindicates the young spinner’s potential. In Punjab’s last fixture though, their bowlers came a cropper against the will and fury of Lendl Simmons. Going into the playoffs, Punjab need to wheel away from the overdependence on swing bowler, Sandeep Sharma in their bowling department. One can expect a tight contest between two fine sides. 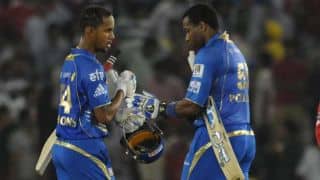 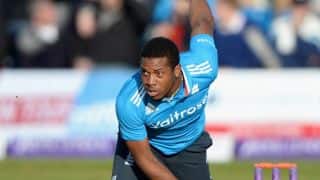