This VIVO IPL 2018 is the first season offering a mid-season transfer window for all franchises. With Match 32 done and dusted, teams are still looking for a few changes in the playing combination in order to get the desired results. Under new skipper, Ravichandran Ashwin, Kings XI Punjab (KXIP) have earned five victories from seven encounters (halfway in the league stage). Their top order and well backed-up bowling unit have taken them to the third position (currently), and are a strong contenders for the playoffs. However, they can shed some pressure off their key players and fill in a stronger lower order through transfer window.

Here are some options for KXIP:

KXIP have dominated powerplay overs, with the willow, courtesy KL Rahul and Chris Gayle’s batting prowess and current form. On the contrary, this has led to limited opportunities for the middle and lower order. In addition, the middle and lower half of their batting order is yet to click collectively.

In this scenario, KXIP would like to fill in some handy batters down the order. They have an option to totally discard the transfer window, or make just a few changes. It would be interesting to see how KXIP manage Rahul’s workload. He is in the form of his life, and also donning wicketkeeping duties. Not referred as a first choice gloveman, Rahul can be relived of his additional duties if KXIP opt for a backup option. Looking for Rahul’s substitute, Parthiv Patel can be more than handy. He would not only keep wickets but also fill in for a struggling Yuvraj Singh in the middle order. The uncapped players can be tranferred by a franchise irrespective of the number of games played by them so far. In this case, Mumbai Indians’ (MI) Siddhesh Lad and Tajinder Singh Dhillon, Royal Challengers Bangalore’s (RCB) Navdeep Saini and Moeen Ali, Rajasthan Royals’ (RR) Dushmantha Chameera and Chennai Super Kings’ (CSK) David Willey would be in KXIP’s scheme of things. This way, KXIP would get some firepower in the lower half of their lineup, and more strike bowling options.

Players who can be shown the door

Manoj Tiwary, Mayank Dagar, Ben Dwarshuis and Manzoor Dar have either been unused or under-performed. The likes of David Miller, Marcus Stoinis, Yuvraj and Aaron Finch haven’t lived up to expectations as well, but played more than two matches and do not qualify for transfer. Uncapped Mayank Agarwal, however, can be transferred. 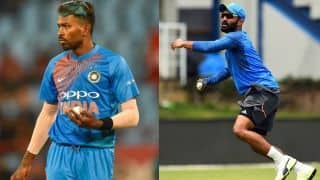 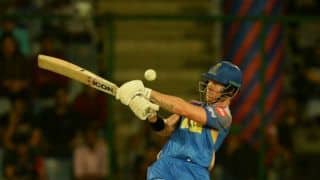