The Australian batsman said that Punjab will be on their toes when facing KKR.

They might have finished their IPL 2014 campaign at the top, but Kings XI Punjab is wary of the challenge that lies ahead when they take on Kolkata Knight Riders in the qualifiers in the latter’s home turf, said its Australian import Shaun Marsh.

“Obviously, we finished at top of the ladder. We have had a fantastic season, but I guess that counts for very little now. We have got some big games coming up and it’s going to be a really big challenge in Kolkata. They (KKR) are in terrific form. We will bring our best and we are confident that we can beat any team in the competition,” Marsh said in Mohali on Sunday after Kings XI beat Delhi Daredevils by seven wickets.

Kings XI on Sunday defeated laggards Delhi Daredevils in their last league game to stamp their dominance in the competition and finish on top of the points table.

Asked if Chennai Super Kings would have been a more easier opponent than KKR, Kings XI coach Sanjay Bangar said: “We cannot pick our opponents. Well, obviously, Kolkata will be having an advantage with the crowd support, but it will be interesting to go out and compete against a home team. I think it’s going to a great challenge, something which we are all looking forward to.”

With many foreign and domestic players in their prime form this season, picking the playing eleven has been a headache of sorts for the Punjab outfit. Even players like Marsh have had to sit out on occasions.

“Yeah, it has been harsh on a few players. Like somebody for Shaun, who has been our most outstanding player in the last six seasons, hasn’t really got a lot of opportunities which he deserves. There is left-arm spinner Murali Kartik, who has missed out, we have not been able to give him enough opportunities. Besides there are couple of other players (who haven’t got their opportunities),” said Bangar, the former India all-rounder.

“The one thing that is of paramount importance to us is the team composition, that’s more important than anything else. We have been very fortunate that the players who missed out have been very supportive and helped in creating a good dressing room atmosphere,” he said.

Asked whether there was a possibility of dropping Mitchell Johnson for a batsman against KKR, Bangar said: “…we also have to take the wicket we are playing on into account for the play-offs. We will go and have a look at the wicket in Kolkata and then make a decision on which combination to play.”

Speaking about young Punjab batsman Manan Vohra’s performance, Bangar said: “There was a lot of pressure on him because to have been retained by the franchise puts a lot of pressure on a person who hasn’t really played that much. So, in hindsight giving him that time to really think about it and competing for a place with somebody like Cheteshwar Pujara and Virender Sehwag. So, I think that really helped in calming his nerves because otherwise he was experiencing a lot of pressure.”

Meanwhile, Marsh had a word of praise for Bangar, who joined the Kings XI this season.

“Look, he has been fantastic. On a personal note, I have thoroughly enjoyed working with him. His knowledge of the game has been outstanding, for us, senior players and the young players as well. He has been really calm and level-headed coach. He has done a fantastic job this season,” he said. 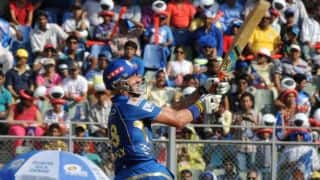 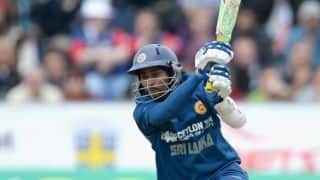