Castellino ruled out any chance of KXIP's Indian players visiting Australia to play there.

In a first of its kind, Indian Premier League (IPL) franchise Kings XI Punjab (KXIP) has signed a research MoU with Australia‘s La Trobe University (LTU), based in Victoria, for working on mutually agreed topics like fan engagement, marketing and promotional practices.

Ten students of LTU will visit India during next IPL season for this purpose, it was announced at a media conference here on Thursday. “We have a lot of credibility about research in sports. We have partnerships with Australian Rules Football, Melbourne Cricket Ground and numerous other sports organisations. This opportunity is huge. This is about taking partnership to another, international, level,” said Professor Leigh Drake, Executive Dean, of LTU.

“During IPL season, ten of our students can learn a lot from this experience. There is a lot of commonality, with Australian players in Kings XI Punjab like George Bailey and Glen Maxwell. We look forward to an extremely productive partnership,” added Drake, who is a professor of Financial Economics.

KXIP’s Chief Operating Officer, Fraser Castellino, said as per the agreement the students can travel with the team on turn by turn basis and learn and provide inputs to the franchise.

“I had a conversation with George Bailey last IPL season when he said about such an opportunity and I grabbed it with both hands. We are very excited. IPL is one of our most successful leagues,” said Castellino. “When it started we thought IPL will be a good platform for young cricketers. Now it has extended to young students. It’s great for us to provide opportunity to students,” he added.

However, Castellino ruled out any chance of his franchise’s Indian players visiting Australia to play there as part of the deal and said his franchise was first thinking of sending the support staff and ground curators for such a learning experience. “Australia has got great experience in sports science and turf management,” he pointed out. Mike Atherton: Split captaincy is the way forward for England 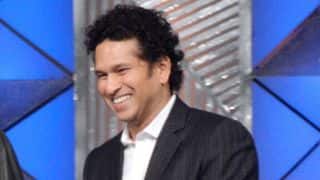