Sharad Pawar resigned as the MCA chief, apparently due to the sweeping reforms heralded by the apex court-appointed Lodha Committee.

New Delhi: Former cricketer-turned politician Kirti Azad on Sunday appeared not to be in tune with Sharad Pawar’s assertion that he resigned as Mumbai Cricket Association (MCA) president after being “pained” by the word “lucrative”, an observation by the Supreme Court to describe as to why people do not want to leave the BCCI, saying the NCP chief had to anyway resign from the post and his justification would not make any difference. “Well he had to anyways. Even if he didn’t step down, Mr Sharad Pawar had to relinquish his post for the simple reason that he has completed many years, over nine years and also term of three years and again taking a sabbatical for three years,” Azad told ANI. “So whatever he may try and show, it’s not going make any difference,” he added.

Pawar on Saturday resigned as the MCA chief, apparently due to the sweeping reforms heralded by the apex court-appointed Justice (Retd.) R.M. Lodha Committee. “There was a petition filed by the BCCI before the Supreme Court. So, I thought since that was pending I should wait for a final decision on this,” said the former BCCI and ICC president. The NCP chief said that he stepped down as he had to adhere to one of the key reforms of the committee, which stipulated an age cap of 70 years on cricket administrators in the country. “While taking the decision, the Supreme Court has said officials should not be above 70 years of age and described these positions as lucrative which made me very sad. That is why I don’t wish to work anymore,” Pawar wrote in his resignation letter.

READ: Kirti Azad backs Lodha Panel-like proposals to be introduced for other sports in India

“In fact, the positions are filled through democratic processes. Since these appointments were happening through democratic means, I was happy to work in that position,” he added. Pawar stated in his letter that he did not take any allowance nor got any financial benefit during his term as the MCA president. “I and my colleagues have given time and taken the entire responsibility for our work in the association. While building new facilities, we took care that the name of MCA will be taken with pride. The Supreme Court should have taken a note of this,” he stated further. 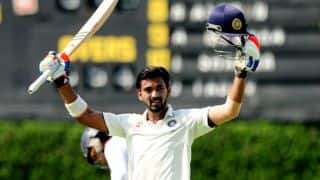 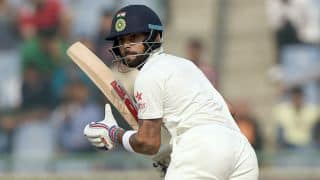