Kishore Kumar's songs were and continues to be a big hit in the Indian dressing room.

Legendary Indian singer Kishore Kumar would have celebrated his 85th birthday if he was alive. His legend lives on even 27 years after he passed away.  Apart from the millions of his ardent fans across the nation, who still swear by his evergreen hits — Indian cricketers too, have Kishore loyalists in the dressing room. Indian batting legend Sachin Tendulkar, had a routine of playing Kishore’s famous tracks before he stepped on the field.

The most famous Kishore Kumar anecdote, of course was to Indian opener Virender Sehwag crooning the singing maestro’s songs en route to scoring the highest One-Day International (ODI) score against West Indies. Suresh Raina, who spent maximum time at the crease with Sehwag during his blazing 149-ball 219 said, “He was playing well with no pressure. He was humming Kishore Kumar Songs throughout his stay at the crease,”

Raina went on to say he resisted any urge to join his senior partner; he said “I had scored only 30 at the time so I did not”. Sachin continues to be the most famous devotee of Kishore. Sachin’s former teammate and now renowned Sanjay Manjrekar, another big fan used his gifted vocal cords to sing a number of Kishore on stage during a TV show. Anushka Shetty: Sachin Tendulkar a pleasure to chat with 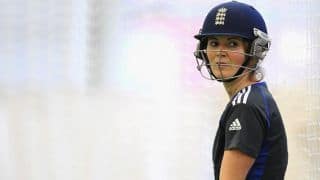