Speaking after the match, Tendulkar, who retired from cricket in 2013, and last played in an exhibition match for MCC in 2014, admitted he was nervous before coming out to bat. 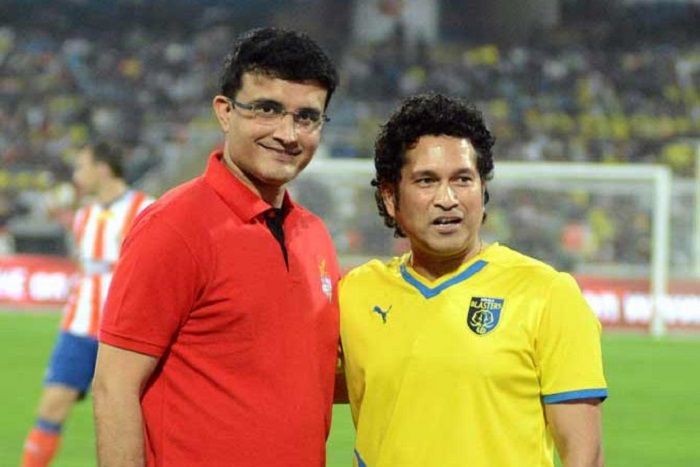 India icon Sachin Tendulkar on Thursday posted a picture on Instagram from Melbourne where he’s holidaying after mesmerising fans at Sunday’s Big Appeal a charity match organised to raise funds for the victims in Australia’s bush fire tragedy.

The picture of Tendulkar, who was seated on a bench, was appreciated by his fans. However, the most hilarious reaction came from his long-time opening partner and current BCCI President Sourav Ganguly. “Kisi kisi ka kismat acha hai .. chuttii manate raho (some people have great luck, keep enjoying your holidays),” Ganguly commented on the post.

Soaking up the Sun ?!

On Sunday, Tendulkar returned to bat for the first time in nearly six years on Sunday during the Big Appeal double-header, when the India legend came out to face Women’s Cricketer of the Year Ellyse Perry for an over in the charity match during the innings break. He showed no signs of any rustiness as Tendulkar comfortably glanced his first ball towards the square leg fence for a boundary. 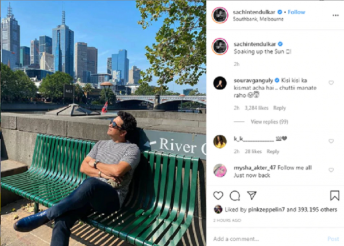 Speaking after the match, Tendulkar, who retired from cricket in 2013, and last played in an exhibition match for MCC in 2014, admitted he was nervous before coming out to bat.

“I think I was more nervous than (Perry) because I was not sure whether I was going to see the ball or not. I told her that after last evening’s net, I did one throwdown session and I said, ‘I can see the ball but I cannot guarantee whether the ball is going to hit the bat’, at least I could see the ball and spend some time in the middle,” he said.

“It doesn’t come so easily. One has to spend hours on end (in the nets).”