Kolkata Knight Riders, take on new franchise and visitors Gujarat Lions, in Match 38 of the ongoing IPL 2016, at Kolkata.

Former champions and hosts Kolkata Knight Riders (KKR), take on new franchise and visitors Gujarat Lions (GL), in Match 38 of the ongoing Indian Premier League (IPL) 2016, at the historic Eden Gardens Stadium in Kolkata on Sunday. KKR, who have been in terrific form so far in the season, have managed to win six games so far and would be aiming for another win here, to inch closer to a play off berth. GL, on the other hand, who too have been in fair form, would aim for another win here, and stay in contention for a play offs berth. Both the teams are going through a good phase, and their good form makes this game a thriller. FULL CRICKET SCORECARD: Kolkata Knight Riders vs Gujarat Lions, IPL 2016, Match 38 at Kolkata

KKR, who are recently coming off a close win over Kings XI Punjab (KXIP) by seven runs, would be riding high on confidence, as they have had a decent season so far, winning almost most of the games, and managing to lose just three, as hey aim to keep continuing their winning momentum forward. GL, on the other hand, are coming off a losing performance, as they lost their previous game of Sunrisers Hyderabad (SRH) by five wickets, and would look top brush it aside, as well as come up with a fresh and decent performance against the former champions, and continue with the manner of the winning start, they had earlier given in the tournament. FULL CRICKET UPDATES: Kolkata Knight Riders vs Gujarat Lions, IPL 2016, Match 38 at Kolkata 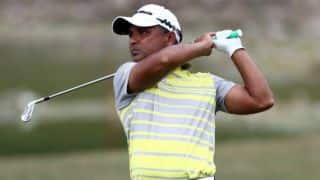