KL Rahul led India in a test and three ODIs on India's tour of South Africa but failed to lead the team to a single win.

New Delhi: India and South Africa are set to lock horns in a five-match T20I series, starting June 9 in Delhi. Team India will be led by KL Rahul, who has been promoted as a skipper in the absence of Rohit Sharma. There has been a lot of talk about KL Rahul’s leadership skills. Rahul previously led India in a Test against South Africa in South Africa, but India lost the match by a whopping 113 runs. Later, he led them in the ODI series, but the Men in Blue failed to win even a single game. There have been contradicting opinions on Rahul’s leadership skills among the experts, but most of them feel that Rahul is not a natural leader.

The latest to join the bandwagon is South Africa’s great Shaun Pollock. The former Proteas skipper said that many experts have said that Rahul is a reluctant leader but he believes that Rahul is finding his feet and is slowly becoming a dependable leader.

Rahul recently led Lucknow Super Giants (LSG) to the playoffs of the IPL 2022. His performance with the bat was also sensational as he ended the tournament as the second-highest run-getter, with over 600 runs.

“A lot of people in the Indian setup who know Indian cricket really well have said that KL Rahul is a bit of a reluctant captain and is not a natural leader. But I think he is finding his feet and is coming to his own. When you are leading from the front with your performance, it makes the rest of the things easy,” Pollock said on Cricbuzz.

KL Rahul is the front-runner to don the captain’s hat in future, after the retirement of Rohit Sharma. However, with Hardik Pandya and Rishabh Pant also showing great leadership skills, Rahul will have to be proactive as a leader and show that he has the skills to lead India in the long run. 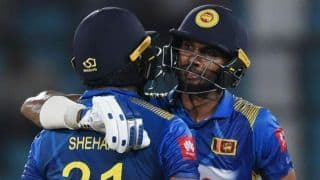