KL Rahul said that the team is not looking too far ahead and is taking one game at a time for optimizing performances. He also said that for most of the members of the team, its the first time in the UK and everyone wants to capitalize on the opportunity to give their best and perform at their best.

KL Rahul expressed satisfaction at his performance and promotion in the batting order in the first T20 International against England in a pre-match press conference ahead of the Cardiff T20I. On being asked about being away from the T20I team over the last one-and-a-half years before finally being given an opportunity, he expressed happiness and relief at having scored his second T20I century and having won the match in the process. Being in and out of the team was a challenge but Rahul credited the work he did in the IPL for the steely resolve he has developed to counter different situations.

When asked whether the win in the Manchester T20I would set the tone for the long tour ahead, Rahul deftly tucked that question away by saying that the team is not looking too far ahead and is taking one game at a time to optimise performances. He added that it was the first UK trip for most members of the side, and everyone wants to capitalise on the opportunity to perform at their best. He defended Kuldeep regarding him stopping in his bowling stride twice or thrice at Old Trafford. Rahul indicated that its fair to employ gamesmanship to gain competitive advantage, provided it is within the laws of the game.

On being asked about the flexibility espoused by the Indian team management when it came to batting order, Rahul lauded this strategy as it eventually translated into an advantage for the team keeping the World Cup in mind. In other words, that we may see rotation in the batting order often according to the situation with good strikers like MS Dhoni and Hardik Pandya also getting opportunities in the middle order at times.

Finally, he said that the biggest takeaway for him from the Old Trafford T20I was the confidence he restored in the team management about his ability as a match-winner with the brilliant century he scored in a chasing cause. 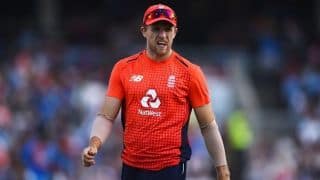 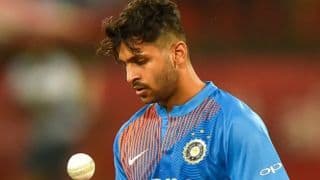