KL Rahul is now ranked No.9 in ICC Test Rankings for batsmen.

Team India members attained new heights after their convincing 3-0 win over Sri Lanka. After his seventh consecutive half-century, KL Rahul jumped to No. 9 in ICC Test Rankings for batsmen. Rahul scored 142 runs in 2 Tests. Man of the Series, Shikhar Dhawan, too jumped 10 places up and is now positioned at No. 29. Dhawan accumulated 358 runs, including 2 hundreds. Making his debut for India, Hardik Pandya – after his maiden Test ton – is now on the 68th spot. Mohammed Shami and Umesh Yadav too gained a high. Steven Smith leads the batting charts, ahead of Joe Root (No. 2) and Kane Williamson (No. 3).

Cheteshwar Pujara remained India s best Test batsmen, ranking No.4 (he dropped one place after the Kandy Test). Virat Kohli remained at No. 5, while his deputy Ajinkya Rahane dropped four places to No. 10. Ravindra Jadeja remained on top of the charts for No.1 ranking for Test bowlers, while dropped to No.2 for all-rounders ranking. Coming in for Jadeja, Kuldeep Yadav s ranking jumped 29 places to No. 58. Ravichandran Ashwin remained unchanged at No.3, behind Jadeja and James Anderson. He remains No. 3 all-rounder. There was no change in team rankings. India remained the number-one ranked side in Test with 125 points, closely followed by South Africa (110 points). England (105 points) are in 5 points ahead of Australia (100 points) to complete the top three. Sri Lanka remains at No. 7 with 90 points. 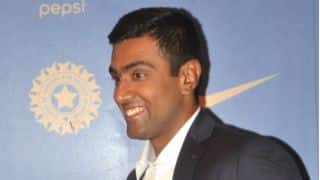