"I do not care what I am going to do, but I wanted my name on the board." - KL Rahul

That expansive sweep at Melbourne Cricket Ground (MCC) had almost ended KL Rahul‘s career. The swords were immediately out, and he headlined the very next day. Before that he was compared to Rahul Dravid, not because he was a namesake but he too was armed with a proper technique. Lucky was Rahul that the match ended in a draw. He scored a mere 4 runs in his first-ever Test, and his dream of making a dazzling debut was squashed. All hell broke lose. However, Rahul held his nerves and shunned the critics with a spectacular hundred at Sydney Cricket Ground (SCG). Rahul then graduated to a standby opener, and is now a regular in the team. Such has been Virat Kohli’s faith in him that he has now equalled a world record of eight consecutive half-centuries.

Speaking to host Vikram Sathaye in a show called What The Duck, Rahul narrated the MCC incident.

I do not have answers to why I played that shot. The only reasoning I can find is that I was playing in a very new position that I am not used to. My approach has always been to attack the spinners straight away. That is the mindset I have had as an opener. Make it easier for the guys coming behind me if I do not let the spinner settle down. That stadium is intimidating. I had a horrible fielding day as well. When I was in the deep, Mahi-bhai was trying to get my attention. I could not see him. It was so far away. I had not played any practice games before that. And I was not expecting to get a chance in the Australia series. The match was heartbreaking, but it made me stronger.”

At SCG, India replaced the injured Shikhar Dhawan with Rahul at the top. The dispirited Rahul had a tough task in his hand, but eventually rose above his fears. He scored his maiden hundred in only his second game and that too against the might of the Australian bowlers. Thanks to the support of his teammates that Rahul moved on from his failure.

‘Do I even belong at this level?’

“Those seven days were hell for me. You cannot help but think about it. I would sit there and feel very low. Self-confidence had gone. Do I even belong here? Maybe it was too early. It was a hard time. My teammates really helped me out. That has been the best thing about this team. We help each other out. Everybody made sure I do not spend one night alone. Virat Kohli took me out for dinner. Then Murali Vijay took me out for dinner. Third night was with Ravichandran Ashwin, and then Cheteshwar Pujara and Ishant Sharma. So every night I went out. They came and made sure I was okay. And Sydney is a beautiful place. I was not thinking cricket. Ravi Shastri and MS Dhoni were very supportive. They all shared stories of things they do not know why they did. It is very normal for a sportsman to fail. It might happen in your first game. It might happen in fifth or sixth game. That eased my pain.

Rahul explained how he prepared for the Test, that he was hell-bent on etching his name on the honours board.

‘I do not care what I am going to do, but I wanted my name on the board’

I went into that stadium [SCG] before the game. I was sitting on the wicket and looking at the empty stadium. It was a Pink Test. It was a very sweet thing. There was a board saying Can. It was all over the stadium. It gave a good vibe. Then I saw the board of players scoring hundred: Sachin Tendulkar, Brian Lara, VVS Laxman. I do not care what I am going to do, but I wanted my name on the board. Not in the years to come but this game. Now or never. I went in feeling a little bit nervous but confident. It was meant to be or something like that. It was very special for me.”

Rahul revealed that he was overwhelmed by the situation, and did not know how to celebrate the milestone.

I was in shock. I did not know how to celebrate. I kept batting and batting, and did not look at the scoreboard. Virat walked up to me and said,’tea ke baad bhi bana sakta hai’. (You can reach hundred after tea. Do not haste.) I must be in the 90s, and that is when I saw the score. I was on 97. The next ball I went for it. I was pumped, very happy but more emotional. It was like 100 kgs off my back. 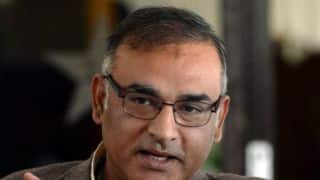