The 28-year-old Hardik failed to make an impact as an all-rounder in the just-concluded T20 World Cup 2021.

Jaipur: As Rohit Sharma-Rahul Dravid era begins in Indian cricket, T20 vice-captain KL Rahul minced no words in his first presser ahead of the upcoming New Zealand Series, starting on November 17 in Jaipur. Being an important member of the leadership group in the new-look Team India, Rahul spoke about a range of topics from “good friend” Hardik Pandya’s omission to working with new head coach Rahul Dravid.

Star all-rounder Hardik Pandya, who was a part of the T20 World Cup 2021 squad, has been dropped from the Indian cricket team for the limited-overs series agaisnt the Black Caps due to his inability to bowl regularly. The 29-year-old Rahul throws his weight behind Hardik, calling him a “smart cricketer” and saod that he knows how he can make a comeback into the squad for the next series.

“Hardik and I are good friends so we had a discussion among ourselves. He knows what exactly he needs to do (to make an India comeback) and what exactly the team expects out of him,” Rahul said on Monday during a virtual press conference ahead of the T20I series.

“He is quite a smart guy to understand his role and responsibility in the team. I am sure he will work hard and try and get the best out of him,” Rahul added.

💬 💬 It’s a great opportunity to learn from him. #TeamIndia vice-captain @klrahul11 on working with the newly-appointed Head Coach Rahul Dravid. 👍#INDvNZ pic.twitter.com/Aqzp0YCXRE

The T20 home series against New Zealand marks the start of a new era for Indian cricket after the disappointment of a pre-mature exit from the T20 World Cup.

With the next edition only 12 months away, Rahul said the team management will soon take a call on what is the best template to follow in the unforgiving shortest format.

“Look, obviously I’ve been very fortunate I have known Rahul Dravid for a long time. As a youngster, I did pick his brain and try and understand the game better and understand the art of batting better from him. Has been very helpful to all of us back home in Karnataka.

“As a coach he has has been with the boys around the country and to have him in the set up is a great opportunity to learn from, we all know what a big name he is and the kind of things he has done for our country,” Rahul said referring to the new head coach ahead of the first T20 on Wednesday.

The vice-captain also spoke briefly about Dravid’s vision for the team.

“When it comes to coaching, I have played a couple of games with the India A set up and we have had a small chat just before coming out here for training. He is somebody who’s big on setting a good team culture and creating an atmosphere where people are thriving and trying to get better as people and cricketers.

“He was always a team man when he was playing and that is the kind of culture he wants to bring in here where everyone is putting the team ahead instead of personal goals.”

The new think thank has just got together and there will be plenty of discussions in the near future, said Rahul.

India were outplayed by better teams in the T20 World Cup. Rahul said the management will soon decide the best template for the team going into the next edition in Australia.

“We all need to sit down together and make a collective call on what is the best template or the best brand of cricket that we need to play to make sure that India is getting better performances. It will be a discussion we will have in the next couple of days. It all starts from here.”

A bunch of fresh faces have been picked for the New Zealand series including Venkatesh Iyer and Ruturaj Gaekwad. 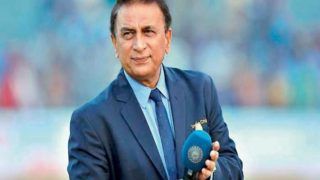 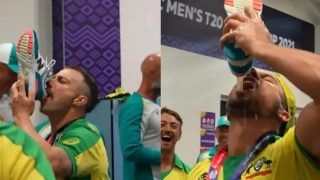