Rahul hit 6 fours and 4 sixes in the process and scored with a strike rate of 340.

KL Rahul records the fastest half-century in Indian T20 League in the second match against Delhi. He reached the landmark in just 14 balls. The previous record was shared by Sunil Narine and Yusuf Pathan who had smashed 50 in 15 balls. Chasing 167 against Delhi, Rahul opened the batting with Mayank Agarwal and took charge since the very first over when he smashed 16 runs.

Rahul hit 6 fours and 4 sixes in the process and scored with a strike rate of 340. When he got his fifty in the third over Agarwal had only faced three deliveries scoring one run. He also became the first player to bring up the half century in 3 overs of the innings and joint third fastest 50 ever with Imran Nazir.

However, Rahul was soon out on the next ball he faced two overs later when he found the leading edge off Trent Boult’s bowling. He had set an perfect stage for the next batsmen coming in as Punjab finished on 73 end of first Powerplay. 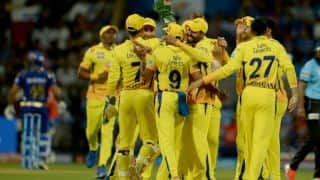 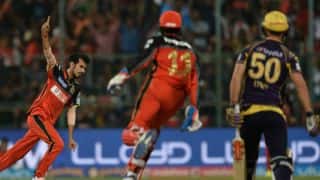