KL Rahul spoke about Shivil Kaushik and KC Kariappa, both of whom were products of KPL which worked as a platform for the players to get noticed in larger margin.

One of the most talented youngsters in the India squad, KL Rahul has recently said that the Twenty20 (T20) format of the game helps understand the game of cricket better than any other format. Rahul has missed the previous season of Karnataka Premier League (KPL) due to national team duties but he expressed his excitement about the competition, saying it has helped bring out talented players of the state to limelight. He also spoke about Shivil Kaushik and KC Kariappa, both of whom were products of KPL which worked as a platform for the players to get noticed in larger margin. READ: KL Rahul: Virat Kohli has helped me in shaping my career

Talking to Cricbuzz, Rahul said, “I’ve always felt the more T20 you play the more you’ll understand the game better, and the more ideas you’ll get the better you can perform and be more consistent. The KPL has provided me and the other boys, everybody from Karnataka, the platform. So I think it’s done a world of good for lot of players and I think it’ll grow with each year and players will come out and give better performances.”

He mentioned about the rise of Shivil Kaushik. “Shivil was part of our team [Hubli Tigers] and I’m really happy to see how he’s grown. He got an opportunity with Rajkot [Gujarat Lions], the IPL franchise, and he’s learnt a lot from them. He’s gone to England and played a lot of cricket. I have my eyes on him again and there are a few boys from Hubli.”

He added, “Mohammad Taha who did really well is a very exciting player. The guys who play with me in the Ranji Trophy set-up, there’s David Mathias. Mayank [Agarwal] looks in really good form in the Duleep Trophy and I’m sure he’ll come all guns blazing in the KPL and get a few hundreds. I’m really looking forward to these guys doing well.

“I’m sure there are other guys who’ve been performing for the last five-six years in Ranji Trophy but haven’t gotten that opportunity. I think if they perform in the KPL all the franchises are looking at them and they might get a chance in the IPL. One good season in the IPL, you might see a lot of players from Karnataka playing for the country. That is what happened with me; I did well in the KPL and I went on to play in the IPL. One good season in the IPL has taken me to the Indian T20 team. So it’s all about performing at the right time and getting the right opportunity and KSCA provides us with that.”

He concluded saying,”I remember I played the first KPL when I was 18 and that was the first time I was being exposed to such pressure. I learnt a lot from that KPL. There’s not one memorable moment, there’s lots of moments and I’ll treasure those memories. Playing with these guys, having grown up with all the guys you play with in the state and to see them doing well and performing is really good to see and I’m sure KPL and the shorter format will give us more memories.” Pathan brothers in action once again 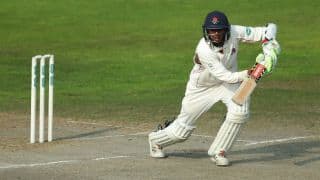