Chahar started as a military medium-pacer, but over the years, understood bowling in the mid-120s wouldn't get him anywhere. 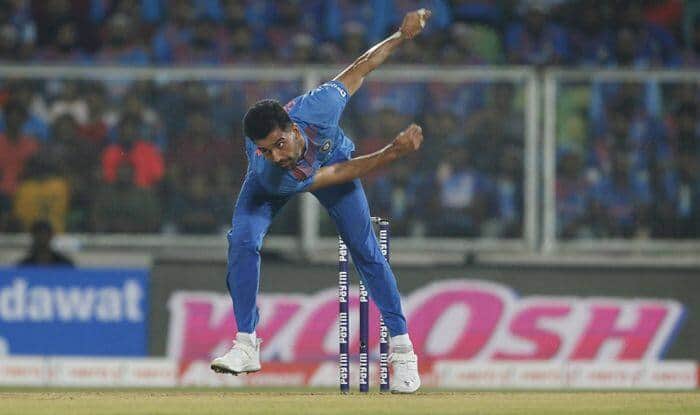 Since making his international debut against England in a T20I in June of last year, Deepak Chahar has almost become a regular feature for India in the shortest format, but admits the road to becoming an international cricketer wasn’t easy. Chahar, who had a memorable Ranji Trophy debut during the 2010-11 season for Rajasthan, started as a military medium-pacer, but over the years, understood bowling in the mid-120s wouldn’t get him anywhere.

“When I played my first season of Ranji Trophy, I used to bowl at around 125. So I struggled in between, for four-five years, I had injuries too, and that was because I was trying to increase my pace,” he explained. “I knew I couldn’t succeed at the top level at that pace, Chahar said on the eve of India’s second ODI against West Indies.

Chahar has played 10 T20Is in which he’s picked up 17 wickets with a best of 6/7 against Bangladesh the best T20J figures of all time. For years, the Ranji Trophy used to be the criteria for a player’s selection into the Indian team but with the IPL gaining prominence, the First-Class tournament has become an afterthought. Chahar realised it too and focussed more towards the IPL, where he played under MS Dhoni and Chennai Super Kings for two seasons and scalped 32 wickets from 19 matches.

“When I played Ranji Trophy, I focused on line and length and swing,” Chahar explained. “But I struggled in between, so from there to the Indian team is a tough road. If you want to go from Ranji Trophy to the Indian team, you have to play a lot. More fitness. You have to play Duleep Trophy. It’s a longer road. But since I could do well by performing in the IPL, so somewhere in between, my focus shifted to the white ball.”

“Now I bowl the slower bouncer, and I have been working on my yorker, which has actually helped my bowling. I am confident that if someone hits me for a couple of sixes, I can york the batsman. Last year, in an IPL game in Chennai, I prepared a lot. I knew it wouldn’t swing much there, so I worked on my variations. I bowl three overs in the powerplay for CSK, so you have to bowl yorkers. But you need to keep improving in cricket. Yorker, wide yorker. I try everything.”

That said, Chahar finds the 50-over format more challenging. The first ODI between India and West Indies and Chennai was just his second ODI after his debut during last year’s Asia Cup. In the absence of Jasprit Bumrah and Bhuvneshwar Kumar, the opportunity is there for the taking for Chahar.

“You have to beat the situation – what does the team demand: stop runs or get a batsman out. So one-day is more difficult than Tests and T20s. I have played a lot of one-day cricket with India A side, so that’s helped. So I have an idea. I used to struggle a bit in the middle overs earlier.

“In the powerplay, you know it’s two-three overs and then you have to contain the runs. And at the death, you know they will try to hit you. But in the middle overs, I couldn’t do well. But I am learning. I have just played two matches internationally, so I will keep learning.” 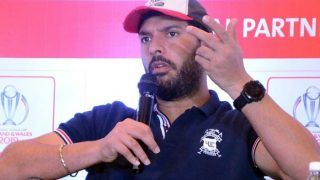 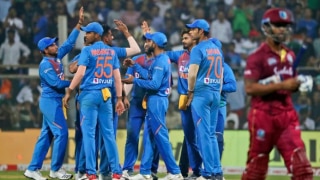 India vs West Indies, 2nd ODI, LIVE Streaming: Teams, Time in IST And Where to Watch on TV And Online in India on December 18 at ACA-VDCA Cricket Stadium, Visakhapatnam