Calling the India captain a professional, Shastri believes the responsibility of captaincy has made Kohli a lot matured.

As India gear up to face Australia in the three-match T20I series before participating in the gruelling four-Test series, one player the Aussies have on mind is Virat Kohli. The India captain has been in the form of his life scoring gallons of runs and seems unstoppable. Ploys are being devised with to stop the prolific run-getter from continuing from his previous tour of Australia, where Kohli tallied 692 runs with four centuries and one fifty.

Recently, South Africa captain Faf du Plessis suggested Australia to give Kohli the silent treatment and not provoke him much, which might just allow them to curb the runs flowing from the skipper’s bat. But as per India head coach Ravi Shastri, Kohli is too good a batsman to be bogged down by such tricks. Calling the India captain a professional, Shastri believes the responsibility of captaincy has made Kohli a lot more matured and that he is no longer the batsman he was when he last toured Australia in 2014/15.

“He loves coming to Australia. He is passionate about his game. The pitches here suit his style of play and once you’ve done well in this part of the world, you always want to come out and do well again,” Shastri said of Kohli during the team’s first practice session at the GABBA. “It’s a great place to play cricket. They’ve played hard and the sporting public appreciates tough and challenging cricket.”

To those not aware, Kohli was involved in an altercation with former Australia fast bowler Mitchell Johnson, who inadvertently, while aiming for the stumps, threw the ball back which hit Kohli on the shoulder. Johnson and Kohli got in each other’s faces and the umpires had to intervene. Besides, Kohli showing the middle finger during the tour before that – in 2011-12 – has become one of the most infamous chapters of his cricketing career.

“He is a professional. He’s matured than what you saw him four years ago. Since then, he has captained the side. That alone comes with a tag of responsibility, which has fit well on his shoulders and he’s adjusted extremely well. But he will not take his foot off the pedal, that’s for sure,” added Shastri

India’s team composition hasn’t changed much from the last time they were here and Shastri feels that the players’ experience of having played in Australia bodes well for the team. Kohli, Ajinkya Rahane, R Ashwin and Murali Vijay are some of the names what toured Australia in 2014-15. Based on their performances in the last four-five years, Shastri feels this Indian outfit is well shaped to in fact register India’s first Test series win on Australia soil.

“Nucleus of the team is pretty much the same so if we look experience wise, they’ve trained and toured a lot over the last four years. They’ve learned from the mistakes they’ve made in some of the earlier tours and that keeps them in good stead,” Shastri said.

“Like we’ve mentioned, the endeavour is to get better when you go over season. And when you look at the teams that travel now around the world, I’ve said this before and I repeat it again, there aren’t too many sides. Australia did it for a while in the 90s and at the turn of the century. South Africa did it for a while but other than them, not team can really brag about this trait.” 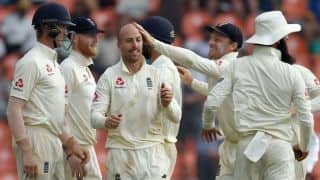