Stalwarts Virender Sehwag and Zaheer Khan were on Wednesday 'rested' while Yusuf Pathan and Ashok Dinda staged a comeback as the selectors refrained from cracking the whip on non-performers who retained their places in India's 15-member squad for the Asia Cup cricket tournament. 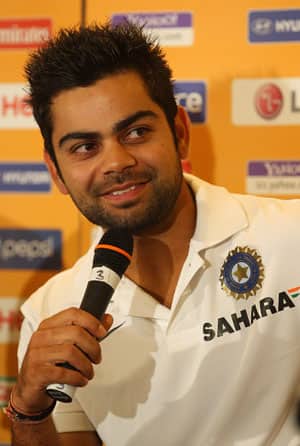 Stalwarts Virender Sehwag and Zaheer Khan were on Wednesday ‘rested’ while Yusuf Pathan and Ashok Dinda staged a comeback as the selectors refrained from cracking the whip on non-performers who retained their places in India’s 15-member squad for the Asia Cup cricket tournament.

While the selectors insisted that Sehwag and Zaheer were ‘rested’ on fitness grounds, alongwith paceman Umesh Yadav, Sachin Tendulkar will get another opportunity to score his 100th international century as he was retained in the squad which will have a new vice-captain in Virat Kohli.

The national selectors, however, did not make wholesale changes in the squad that performed miserably in the ongoing triangular series and preceding Test series in Australia by retaining many of the players, like Rohit Sharma, Ravindra Jadeja and Suresh Raina, who struggled throughout the tour.

Barring the inclusion of 29-year-old Baroda all-rounder Yusuf and Bengal paceman Dinda, 27, there were no major changes in the squad to be captained by Mahendra Singh Dhoni.

The squad was announced by BCCI Secretary Sanjay Jagdale after a meeting of the selection committee here which lasted more than two hours.

Yusuf, who scored a century against Saurashtra with the help of 10 sixes and six fours in a Vizay Hazare match, and Dinda, who had an impressive performance in the domestic circuit, were rewarded with a place in the squad.

Sehwag, who has been going through a prolonged form slump having scored 65 runs from five innings in the tri-series for an average of just 13, was expected to be dropped, but chief selector Krishnamachari Srikkanth said he was “rested” because of injury.

“Physiotherapist have advised that both Zaheer and Sehwag need to take rest as they have some injuries. It is an honest truth, the fact of the matter,” Srikkanth told reporters after announcing the squad.

“Medical reports came to the Board from the team pshyiotherapist. The report said they needed rest for injury problem and accordingly after consulting with the board and the management in Australia we announced this team,” said Srikkanth.

“This is the best team possible considering the fitness of the players and also taking into account the response of the physiotherapist and Board,” he added.

Srikkanth, however, did not specify what injury Sehwag was carrying.

The selectors opted to retain Rohit Sharma, Suresh Raina and Ravindra Jadeja despite being failures in the tour of Australia.

The 38-year-old Tendulkar’s inclusion also came as a surprise as there had been speculation that he would be rested following a long tour of Australia.

Though he was in a reasonably good form in the Test series, his performance in the tri-series dipped as he managed just 143 runs from seven matches for an average of 20.42.

The team will have six specialist batsman in Tendulkar, Gambhir, Kohli, Raina, Rohit and Manoj Tiwary while Dhoni will be the only wicketkeeper-batsman.

In the absence of Zaheer, India will have a relatively inexperienced attack with Praveen Kumar, Vinay Kumar, Irfan Pathan and Dinda sharing the pace bolwing load. Tamil Nadu’s R Ashwin and Punjab spinner Rahul Sharma were the two specialist slow bowlers. Yusuf and Jadeja will play the role of all-rounders.

Mumbai opener Ajinkya Rahane will consider himself unlucky not to find a berth in the squad with the selectors preferring to take only two specialist openers.

Unlike the pacy and bouncy conditions in Australia, the Indians will be more at ease with conditions in Bangladesh where the pitches are similar to those in India.

Raina and Rohit as well as Jadeja will get an opportunity to rediscover their form and that could have prompted the selectors to give them another opportunity.

Apart from India, arch rivals Pakistan, Sri Lanka and hosts Bangladesh will take part in the Asia Cup to be held in Mirpur from March 11 to 22.

India will open their campaign against Sri Lanka on March 13 while they will take on Bangladesh (March 16) and Pakistan (March 18). The final is scheduled to be held on March 22. (PTI)