KKR were comfortably placed at 52 for one after five overs and the asking rate was under six but still they failed to chase the target.

Some tight bowling by Chennai Super Kings (CSK) bowlers backed up by excellent fielding and some reckless batting by Kolkata Knight Riders (KKR) middle order, resulted a frustrating loss for the visitors, by a narrow margin of two runs at Chennai. KKR were comfortably placed at 52 for one after five overs and the asking rate was under six. But still Gautam Gambhir’s boys choked and failed to go past the victory line. CSK, by the virtue of this victory, reached the No 1. position of the points table. Live Updates: Chennai Super Kings vs Kolkata Knight Riders, Live Cricket Score IPL 2015 Match 28

KKR had a poor start of their run chase as skipper Gambhir got out for a golden duck in the very first over of the innings. By doing this he equaled Mumbai Indian’s Harbhajan Singh as the most number of duck scorer in the history of IPL. Though KKR lost the early wicket but Robin Uthappa kept playing his shorts. His 17-ball 39 was decorated with six fours and one six. The knock put KKR in a position from where they could have finished the game with couple of overs to spare. Live Scorecard: Chennai Super Kings vs Kolkata Knight Riders

Having seen KKR’s progress, MS Dhoni’s brought in Ravichandran Ashwin and he struck in his very first ball. Uthappa played a short straight in the hands of McCullum. It was a very soft dismissal for him. The game took an u turn at that point. In the next Ashwin over, Manish Pandey’s game awareness went for a toss as he slogged unnecessary and was caught in the mid-wicket boundary by Dwayne Bravo.

At 61 for three KKR sent Yousuf Pathan to the crease. He along with Knight’s vice captain Surya Kumar Yadav just couldn’t rotate the strike over. Some acrobatic fielding efforts by CSK fields, especially McCullum, inside the circle also pegged the KKR batters back. There were a lot of misunderstandings in the middle amongst the batsmen and the run-rate just kept creeping up.

When Yadav was dismissed in the 13th over, the match was evenly poised as 59 runs were needed in 46 balls, very much doable in T2o standards. CSK were also missing the services of Ashwin, who went out of the ground injured his figure, while attempting a catch. But Suresh Raina and Ravindra Jadeja did an excellent job with the ball. They bowled six overs between them, which only cost 23 runs. Those six economical overs were the game changers for the home team.

The the slowness of the wicket and some mindless batting by KKR, helped CSK to tightened their screws in the game. Pathan’s struggle in middle came to an end when he inside edged a slower ball of Dwayne Bravo onto his stumps. KKR were banking upon the hitting abilities of Andre Russell but he was unfortunately run out in a crucial juncture of the match.

Ryan ten Doeschate tried hard till the last ball, but it was too much to do for him in the end. KKR needed 17 runs from the last over. After playing three dots in the first three balls of the over, Doeschate hit one six and and four in the next two. A six was needed to tie the game but the bowler, Bravo, didn’t allow Doeschate to come underneath the ball, and the batsman only managed to score a boundary. KKR lost the match by two runs, a match they should have won quite easily.

Earlier in the first half of the game, a disciplined KKR bowling unit made an excellent comeback after reckless first five overs and restricted a strong CSK batting line up to a just 134 after Gambhir won the toss and invited Dhoni’s men to bat first. made three changes in the playing eleven. Pat Cummins replaced Morne Morkel, Brad Hogg came for Sunil Narine and Ryan ten Doeschate replaced Johan Botha. CSK as usual, decided to field an unchanged side.

CSK had an excellent start though. Their openers Dwayne Smith and Brendon McCullum came out all guns blazing against Cummins and Umesh Yadav. Though both Cummins and Yadav bowled with some impressive pace, but CSK batsmen used their pace to their advantage. Especially McCullum, who hit three fours and one six in his 14-ball 19 and was looking in a punishing mood. Smith also hit Yadav for two fours and one six in the fourth over. After four overs CSK were sitting pretty at 38 for no loss.

The game changed when Gambhir introduced spin for the first time. Piyush Chawla, broke the opening stand and took the wicket of a dangerous looking McCullum. After the first six overs CSK were 53 for one. Straight after the powerplay, Gambhir had brought in his most experience bowler, Hogg, who, on Tuesday became the oldest player to play IPL at the age of 44 years and 81 days.

Hogg bowled brilliantly and gave away only six runs in his first two overs. He troubled Smith and Suresh Raina with his guile and spin. Both found it very difficult to get him away for runs. Within the next four overs, KKR managed to pick up two more important wickets. First it was Smith, who got run-out when he was looking good. Soon after Suresh Raina lost his wicket, caught behind to Andre Russell. The West Indian gave another important blow to CSK, when he removed MS Dhoni, who promoted himself to No 5 in the batting order, for just three.

CSK’s consistent performer, Dwayne Bravo also got out cheaply and left his tottering at 88 for five. Since there Faf du Plessis and Ravindra Jadeja put up some resistance. Thanks to their 36-run partnership CSK reached the score of 134. For KKR Hogg was definitely the best bowler, who finished a figure of one for 18 in his four overs. Apart from him, Chawla and Russell, both finished with figures of two for 26.

At the halfway stage the target of 134 didn’t look a challenging one, but ultimate it turned out to be a winning target. These two teams will again lock on with each other on Thursday at Eden Gardens. It will be interesting to see how KKR will approach that game after facing and humiliating defeat over here. 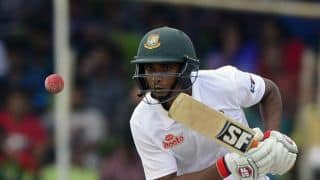