Kolkata Knight Riders (KKR) would certainly be aiming to win IPL 2017, as a win this time would make them the most successful side in the tournament.

The 10th edition of the much hyped, highly successful and the most lucrative Twenty20 (T20) cricket league in the world, the Indian Premier League (IPL) 2017, is all set to get underway from April 5, as the the T20 spectacle has already started to sweep in. As usual, the eight teams from the previous seasons would be competing once again to stand a chance to lay their hand on the coveted trophy. With Sunrisers Hyderabad (SRH) being the defending champions, the other seven teams would be looking forward to make this season count for themselves, and so would be the former two-time champions Kolkata Knight Riders (KKR). IPL 2017 revised Schedule: Fixture, Dates, Match Timings and Venue Details

KKR have managed to win the title twice in 2012 and 2014, under the leadership of Gautam Gambhir. They are tied with two-time winners champions Chennai Super Kings (CSK) and Mumbai Indians (MI). KKR would certainly be aiming to win this season, as a triumph this time would not only mean it would be their third title, but also make them the most successful side in the tournament. The side also has immense fan following around the world, as it is owned by one of the most popular and great Bollywood superstar Shah Rukh Khan. IPL Auction 2017: KKR overhauls squad, possibly along with game-plan

KKR would again be led by the Gambhir this season, while they have made minor adjustments to their side during the IPL Auction 2017. However, what has surprised the most that a possible change in gameplay strategy, which was evident with their purchases during the IPL Auction 2017. KKR were conspicuous following their number of fast-bowling purchases, which was strictly not the tradition with KKR till date. Given their home track at the historic Eden Gardens Stadium in Kolkata is known to be on the slower side, they had mostly relied on spinners. However, with the pacers dominating their side now, change in the home track can be expected.

*Note: Andre Russell would be unavailable to play owing to his ongoing 1-year ban by the International Cricket Council (ICC) in all forms of cricket.

KKR have been one of the most consistent sides in the tournament since 2011, having finished in the top four since then. Although they were shaky for the initial three seasons of the tournament, a squad overhaul during the IPL Auction 2011 and the new skipper in the form of Gambhir has certainly made the difference for the side. They were unfortunate to have missed out on the opportunity last season, having lost to the defending champions SRH in the eliminator tie in the play-offs. However, with the new season bringing a new beginning, KKR would once again be one of the teams to be watched out for and would be of no surprise if they manage to finish in top four, and eventually go on to the final to lift the coveted trophy for the third time and become the most successful side in the tournament. 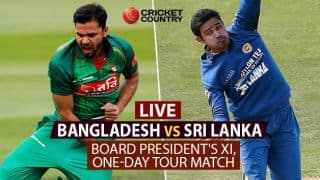 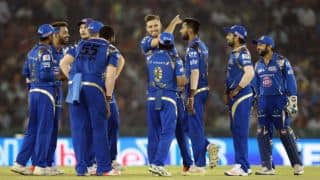