Catch the Live Streaming of the match between Kolkata Knight Riders (KKR) and Lahore Lions here.

Kolkata Knight Riders (KKR) will face Lahore Lions in the seventh match of Champions League Twenty 20 (CLT20) at Hyderabad on Sunday. KKR are the champions of Indian Premier League (IPL) 2014 whereas Lahore Lions are champions of Pakistan’s domestic T20 tournament. Both teams are coming on the back of victories. KKR sealed a victory against CSK in a spectacular fashion, while Lahore Lions clinched a comprehensive win over Southern Express to qualify for the tournament proper. 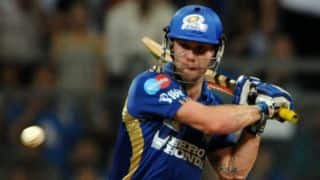