Kolkata Knight Riders, the defending champion Indian Premier League (IPL) 2014 will be in the same forum with sporting giants likes of Chelsea and Arsenal in the Global Sports Summit (GSS). KKR management have got a call from the American sports forum to participate in the summit which is currently underway in Aspen, Colorado in the United States of America.

The GSS is a international conference for sporting franchises where team owners discuss over various aspects of management and business of sports. 2014 is the fourth year for this summit. GSS is a closed door affair, and the organisers refused to disclose the agenda and the names participating in it. For KKR, co-owner Shahrukh Khan wont be able to take part in this conference. Venky Mysore, the team’s chief executive officer (CEO), will represent the IPL champions.

Before leaving for Colorado, Mysore told Mumbai Mirrior, “It is a proud moment for KKR as we’ve got the invite from GSS. It is recognition of the team’s growing popularity. Very few but influential franchises take part in such summits and I’m happy to be representing KKR.”  Mark Cuban, owner of former NBA champions Dallas Mavericks, Jerry Reinsdorf, chairman of Chicago Bulls, and Stan Kroenke, co-owner of Arsenal are the other sports professionals who are expected to be there. 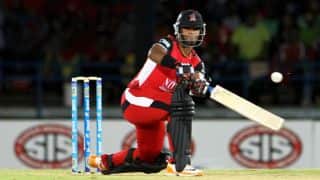