Kolkata Knight Riders would like to continue their impressive run at home, against Rajasthan Royals in Match 25 of IPL 2015.

The game is under the rain threat but Kolkata will hope they get a game since they will want to continue their good run at home. With Sunil Narine, reported for suspect action again, one would expect KKR to not risk anything and wait for the reports of the test. LIVE Scorecard: Kolkata Knight Riders vs Rajasthan Royals Match 25 IPL 2015

Catch the live telecast of the Kolkata Knight Riders (KKR) vs Rajasthan Royals (RR) Match 25 on Sony Six and Sony Six HD for English and Set Max for Hindi commentary. The live streaming of the match is available on starsports.com. 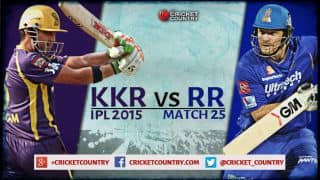 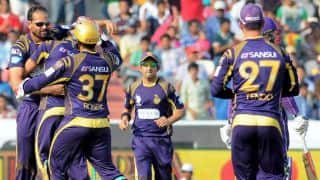