Kraigg Brathwaite sees the Boxing Day Test at MCG as an important game.

West Indies opener Kraigg Brathwaite is hoping to continue his good form when he faces the rampaging Australians in the second Test of the ongoing series starting in Melbourne on Boxing Day. The 23-year-old made a boundary-studded 94 in the second innings of the first Test as the Windies lost at Hobart. It was a stand-out innings as he fell just short of what would have been a fifth Test century in the space of 18 months, reports CMC. LIVE CRICKET SCORECARD: Australia vs West Indies 2015-16, 2nd Test at Melbourne

He is looking to build on that and notch three figures when the two teams line up for the historic second Test at the iconic Melbourne Cricket Ground. “Playing in Australia is a dream come true. As a little boy growing up in Barbados, and when I went to Combermere School, you heard a lot about cricket and the huge significance of the Boxing Day Test match. Now I have the opportunity to play in the event. It is something I’m really looking forward to,” he said. READ: Phil Simmons promises West Indian fightback against Australia in 2nd Test

“I’ve heard it’s a magnificent stadium and a lot about the history, and especially the West Indies’ rich history there as well. For me, this is one of the ‘big’ Test matches.”

With the West Indies sliding to defeat in Hobart, the right-handed Brathwaite launched an assault on Australia’s bowlers, hammering 13 fours and a six in a cameo 122-ball knock. The innings was the only bright spot for the tourists as they were dismissed for 148 to lose by an innings and 212 runs.

“I managed to get myself in and went on and played my shots. I was quite happy to get a score. I still want to keep working hard. It’s still about going out there and getting a start and going on.”

Brathwaite’s four Test centuries have come in contrasting conditions. His maiden century was 129 against New Zealand in Trinidad in June 2014, followed by a career-best 212 against Bangladesh in St. Vincent three months later. He then gathered a dogged 106 against South Africa last year while his fourth was 116 against England in Grenada in April.

Despite the heavy loss in Hobart, Brathwaite said the mood in the camp remained upbeat as they prepared to face a Victoria XI at the Simonds Stadium in a two-day warm-up match on Saturday and Sunday. “We’ve had two sessions thus far, and the team spirit is quite good, and we just have to keep going from strength to strength,” Brathwaite said. 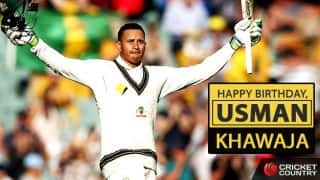 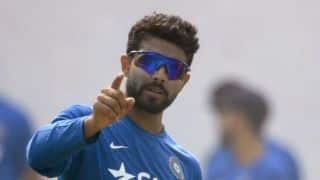