Kumar Sangakkara was stumped for 221 as Sri Lanka lost their eighth wicket at the score of 511 after 158 overs. Sri Lanka have extended their lead to 60 runs iun the first innings in the first Test match against Pakista at Galle.

Saeed Ajmal claimed his third wicket post tea as Dilruwan Perera was caught by Junaid Khan for five. This was after Kumar Sangakkara completed his double-century as Sri Lanka extended their lead to 25 runs. Sangakkara faced 398 balls and hit 21 boundaries to reach 200 not out. This is Sangakkara’s 10th double hundred. 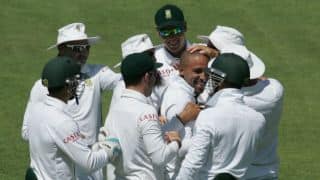 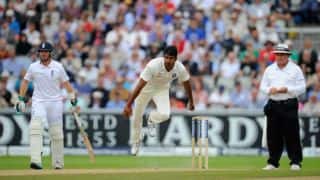