Live Events, an entertainment company owned by Sri Lankan legends Kumar Sangakkara and Mahela Jayawardene , had organised Enrique Iglesias concert at Colombo on December 20, where local women shed their under garments, which included the outrage from the President of the country, Maithripala Sirisena. The two Sri Lankan players, who are currently playing for the Big Bash League (BBL) Twenty20 (T20) tournament, admitted that the security was poor and apologised personally for the negative experience during the one-hour concert.  The cost of tickets ranged from 5,000 rupees to 50,000 rupees for the Enrique Iglesias concert called “Love and Sex.” ALSO READ: Mahela Jayawardene awarded lifetime membership to MCC

While speaking to abc.net.au, the President mentioned that he does not criticise the intoxicated local women, but the people who organised the event, “I don’t advocate that these uncivilised women who removed their brassieres should be beaten with toxic stingray tails, but those who organised such an event should be.” In a conservative society like Sri Lanka, where public display of affection even among married couples is frowned, such chaos is definitely a matter of concern in the country. The Sri Lankan president did not mention the duo cricketer’s names, but he did condemn the act from the company’s side. Live Events were considering of refunding the tickets of the crowd who were upset with the delay of the concert and the crowd chaos.

The duo apologised over social media saying, “We wish to apologise to all of you for your negative experience at the recently concluded Enrique Concert. Although both of us were overseas fulfilling cricket commitments, we were shocked and saddened to hear of the events that transpired. It is extremely disappointing for us that this event, organised to assist the development of Sri Lanka as a tourist and entertainment hub and provide the public with exceptional entertainment of a high standard by accessing celebrated international artists, turned out in this manner. We are issuing this statement today, after understanding all circumstances and the facts. Although we believe that the organising team worked tirelessly and with good intentions to ensure a well-run event, there have clearly been glaring mistakes made, for which responsibility needs to be taken.” ALSO READ: Angelo Mathews backs Kumar Sangakkara’s stance on Sri Lankan selectors

The duo further added, “Live Events will continue to ensure full compliance with all relevant tax commitments and is providing all necessary information to the Colombo Municipal Council, in order to clarify facts and the way forward. Accountability and integrity is paramount to us and we believe it to be the same for the organizers. A full and thorough internal inquiry is ongoing into all areas of concern.” 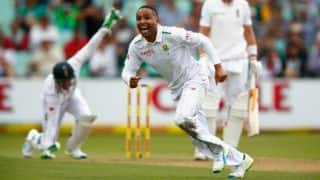 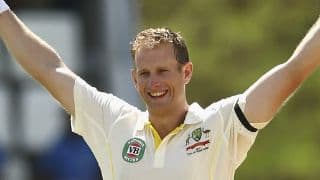